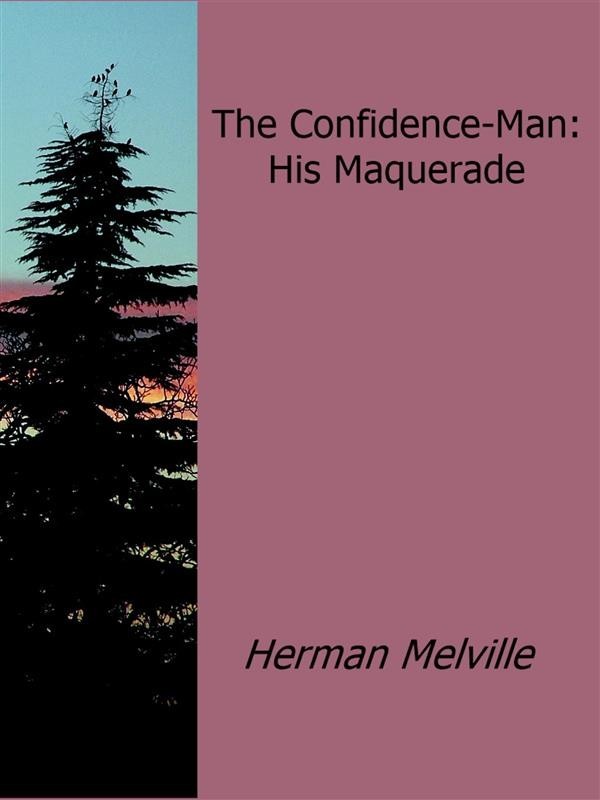 The Confidence-Man: His Masquerade is the ninth book and final novel by American writer Herman Melville, first published in New York in 1857. The novel's title refers to its central character, an ambiguous figure who sneaks aboard a Mississippi steamboat on April Fool's Day. This stranger attempts to test the confidence of the passengers, whose varied reactions constitute the bulk of the text. Each person including the reader is forced to confront that in which he places his trust.The Confidence-Man uses the Mississippi River as a metaphor for those broader aspects of American and human identity that unify the otherwise disparate characters. Melville also employs the river's fluidity as a reflection and backdrop of the shifting identities of his "confidence man."The novel is written as cultural satire, allegory, and metaphysical treatise, dealing with themes of sincerity, identity, morality, religiosity, economic materialism, irony, and cynicism. Many critics have placed The Confidence-Man alongside Melville's Moby-Dick and "Bartleby, the Scrivener" as a precursor to 20th-century literary preoccupations with nihilism, existentialism, and absurdism.