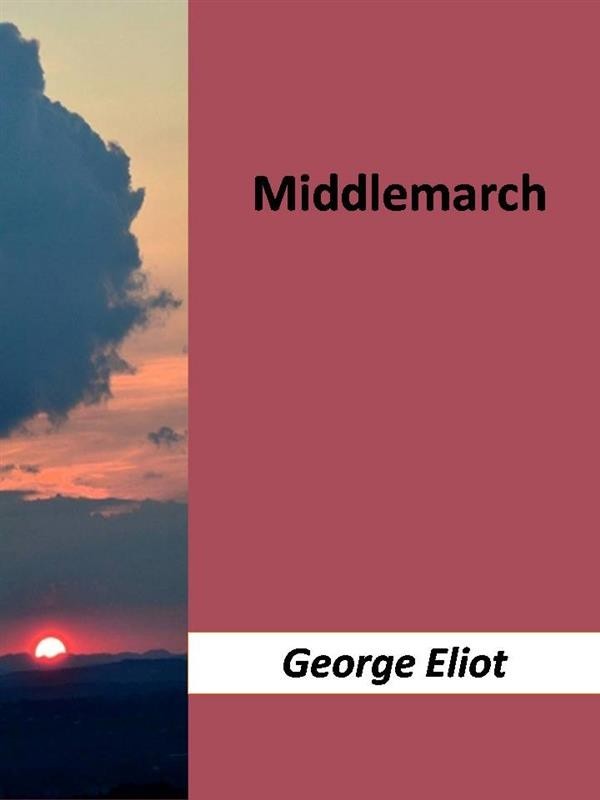 Middlemarch, A Study of Provincial Life is a novel by English author George Eliot, first published in eight instalments (volumes) during 1871–2. The novel is set in the fictitious Midlands town of Middlemarch during 1829–32, and it comprises several distinct (though intersecting) stories and a large cast of characters. Significant themes include the status of women, the nature of marriage, idealism, self-interest, religion, hypocrisy, political reform, and education.Although containing comical elements, Middlemarch is a work of realism that refers to many historical events: the 1832 Reform Act, the beginnings of the railways, the death of King George IV, and the succession of his brother, the Duke of Clarence (the future King William IV). In addition, the work incorporates contemporary medical science and examines the deeply reactionary mindset found within a settled community facing the prospect of unwelcome change.