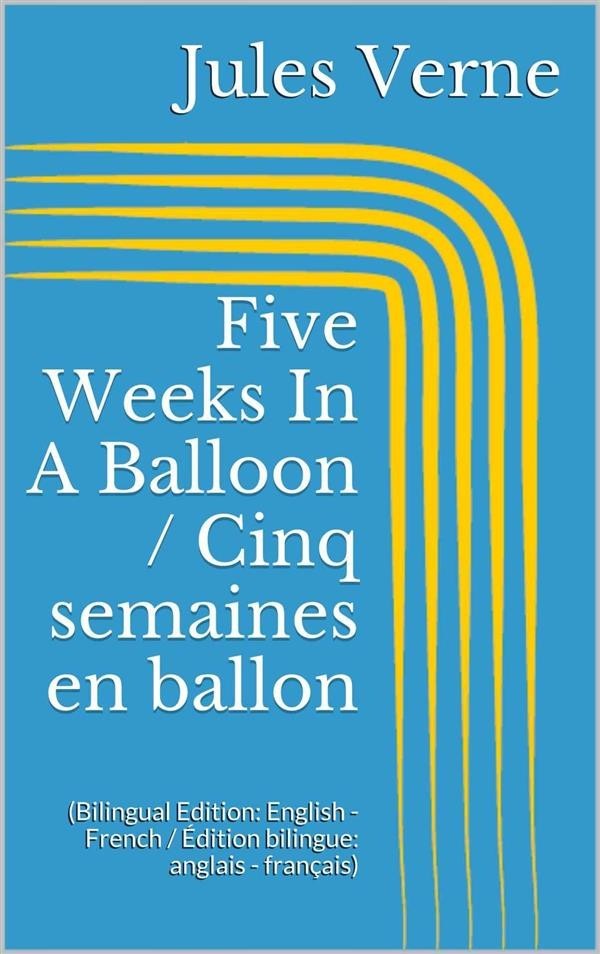 This edition contains the English translation and the original text in French.

"Five Weeks in a Balloon, or, Journeys and Discoveries in Africa by Three Englishmen" (French: "Cinq semaines en ballon") is an adventure novel by Jules Verne. It is the first Verne novel in which he perfected the "ingredients" of his later work, skillfully mixing a plot full of adventure and twists that hold the reader's interest with passages of technical, geographic, and historic description. The book gives readers a glimpse of the exploration of Africa, which was still not completely known to Europeans of the time, with explorers traveling all over the continent in search of its secrets. Public interest in fanciful tales of African exploration was at its height, and the book was an instant hit; it made Verne financially independent and got him a contract with Jules Hetzel's publishing house, which put out several dozen more works of his for over forty years afterward.