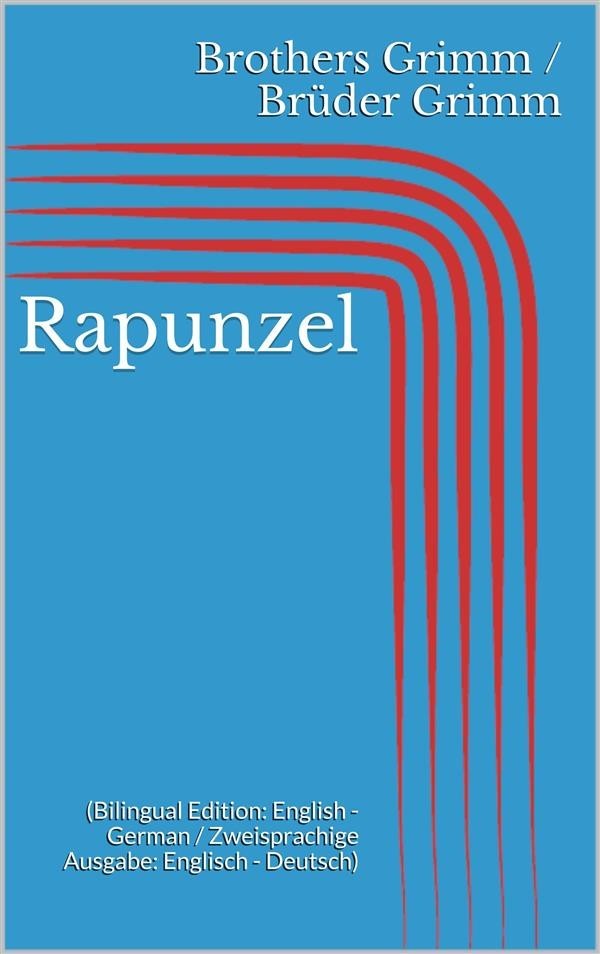 This edition contains the English translation and the original text in German.

"Rapunzel" is a German fairy tale in the collection assembled by the Brothers Grimm, and first published in 1812 as part of "Children's and Household Tales". The Grimm Brothers' story is an adaptation of the fairy tale Persinette by Charlotte-Rose de Caumont de La Force originally published in 1698. Its plot has been used and parodied in various media and its best known line ("Rapunzel, Rapunzel, let down your hair") is an idiom of popular culture. In volume I of the 1812 annotations (Anhang), it is listed as coming from Friedrich Schulz Kleinen Romanen, Book 5, pg 269-288 published in Leipzig 1790. In the Aarne–Thompson classification system for folktales it is type 310, "The Maiden in The Tower". Andrew Lang included it in "The Red Fairy Book". Other versions of the tale also appear in "A Book of Witches" by Ruth Manning-Sanders and in Paul O. Zelinsky's 1997 Caldecott Medal-winning picture book, "Rapunzel" and the Disney movie "Tangled". Rapunzel's story has striking similarities to the 10th-century AD Persian tale of Rudāba, included in the epic poem "Shahnameh" by Ferdowsi. Rudāba offers to let down her hair from her tower so that her lover Zāl can climb up to her. Some elements of the fairy tale might also have originally been based upon the tale of Saint Barbara, who was said to have been locked in a tower by her father.