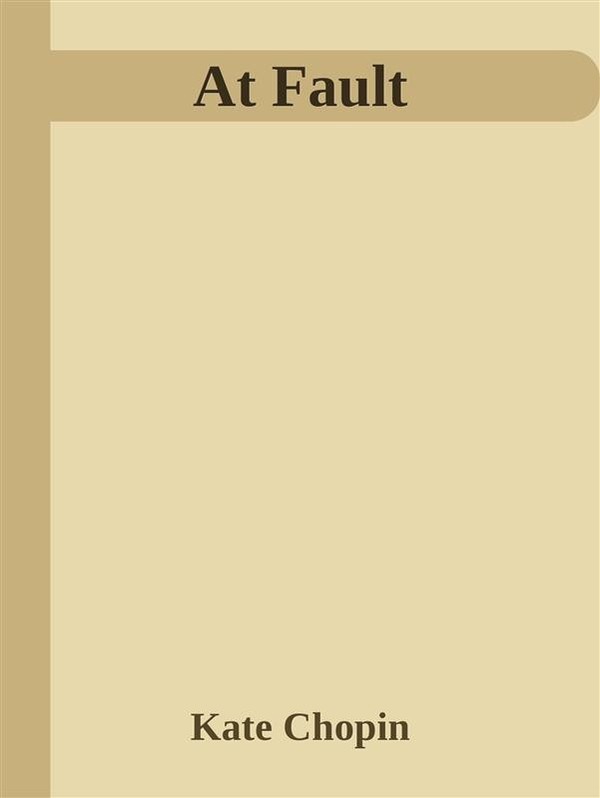 Kate Chopin, born Katherine O'Flaherty (February 8, 1850 – August 22, 1904), was a U.S. author of short stories and novels. She is now considered by some to have been a forerunner of the feminist authors of the 20th century of Southern or Catholic background, such as Zelda Fitzgerald. From 1892 to 1895, she wrote short stories for both children and adults that were published in such magazines as Atlantic Monthly, Vogue, The Century Magazine, and The Youth's Companion. Her major works were two short story collections, Bayou Folk (1894) and A Night in Acadie (1897). Her important short stories included "Désirée’s Baby," a tale of miscegenation in antebellum Louisiana (published in 1893),"The Story of an Hour" (1894),[2] and "The Storm"(1898)."The Storm" is a sequel to "The 'Cadian Ball," which appeared in her first collection of short stories, Bayou Folk. Chopin also wrote two novels: At Fault (1890) and The Awakening (1899), which are set in New Orleans and Grand Isle, respectively. The characters in her stories are usually inhabitants of Louisiana. Many of her works are set in Natchitoches in north central Louisiana. Within a decade of her death, Chopin was widely recognized as one of the leading writers of her time.In 1915, Fred Lewis Pattee wrote, "some of [Chopin's] work is equal to the best that has been produced in France or even in America. [She displayed] what may be described as a native aptitude for narration amounting almost to genius." (font: Wikipedia)