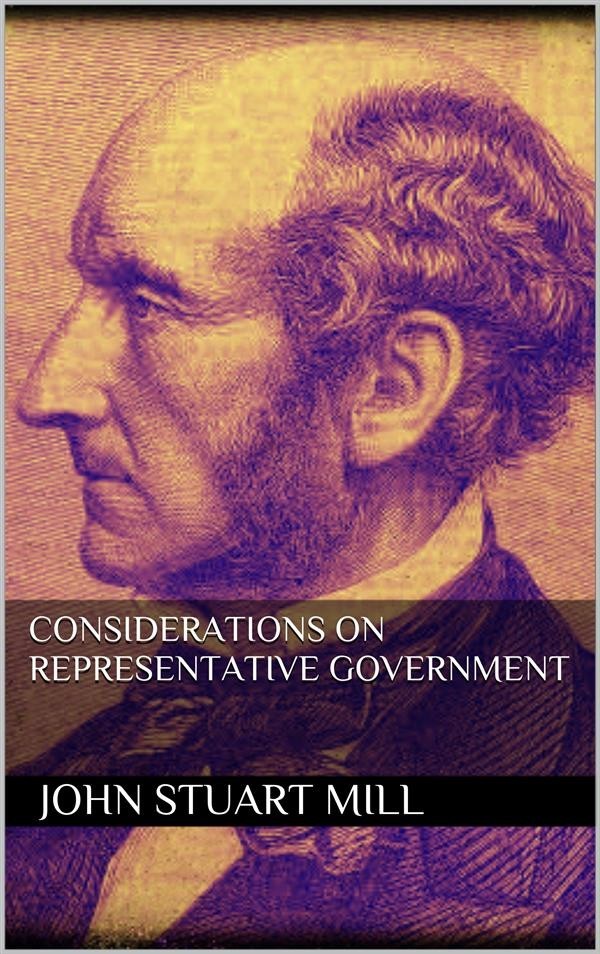 All speculations concerning forms of government bear the impress, more or less exclusive, of two conflicting theories respecting political institutions; or, to speak more properly, conflicting conceptions of what political institutions are. By some minds, government is conceived as strictly a practical art, giving rise to no questions but those of means and an end. Forms of government are assimilated to any other expedients for the attainment of human objects. They are regarded as wholly an affair of invention and contrivance. Being made by man, it is assumed that man has the choice either to make them or not, and how or on what pattern they shall be made. Government, according to this conception, is a problem, to be worked like any other question of business. The first step is to define the purposes which governments are required to promote. The next, is to inquire what form of government is best fitted to fulfill those purposes. Having satisfied ourselves on these two points, and ascertained the form of government which combines the greatest amount of good with the least of evil, what further remains is to obtain the concurrence of our countrymen, or those for whom the institutions are intended, in the opinion which we have privately arrived at. To find the best form of government; to persuade others that it is the best; and, having done so, to stir them up to insist on having it, is the order of ideas in the minds of those who adopt this view of political philosophy. They look upon a constitution in the same light (difference of scale being allowed for) as they would upon a steam plow, or a threshing machine. To these stand opposed another kind of political reasoners, who are so far from assimilating a form of government to a machine, that they regard it as a sort of spontaneous product, and the science of government as a branch (so to speak) of natural history. According to them, forms of government are not a matter of choice. We must take them, in the main, as we find them. Governments can not be constructed by premeditated design. They "are not made, but grow."