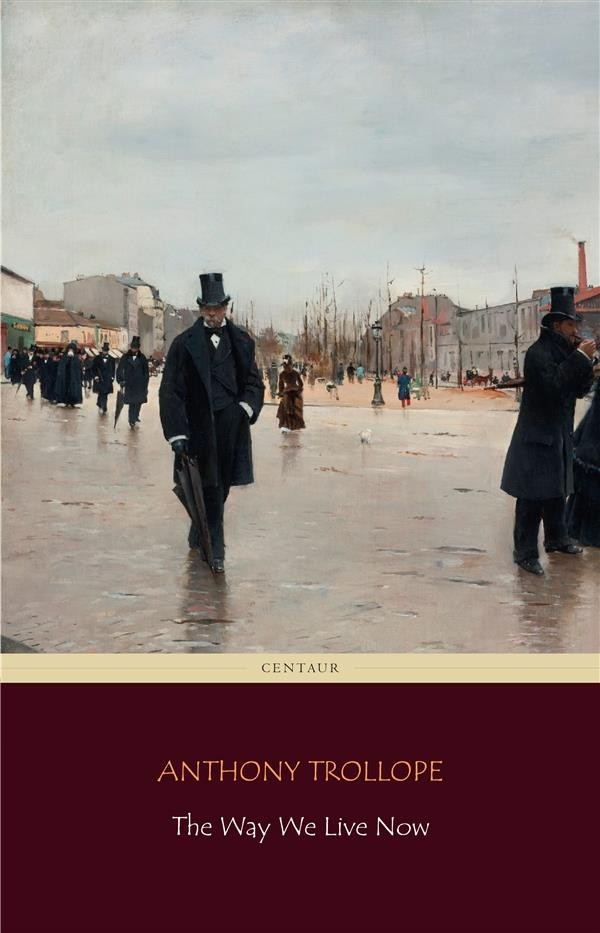 "Trollope did not write for posterity. He wrote for the day, the moment; but these are just the writers whom posterity is apt to put into its pocket." —Henry James "A wise man told me I would learn more about life from a great novelist than from any other source. I did not believe him. Now I wouldn’t dream of going on holiday without a Trollope. He has enlarged my world." —Sir Alec Guinness "Trollope kills me, kills me with his excellence!" —Leo Tolstoy "[Trollope’s novels] are filled with belief in goodness without the slightest tinge of maudlin." —George Eliot Considered by contemporary critics to be Trollope’s greatest novel, The Way We Live Now is a satire of the literary world of London in the 1870s and a bold indictment of the new power of speculative finance in English life. “I was instigated by what I conceived to be the commercial profligacy of the age,” Trollope said. His story concerns Augustus Melmotte, a French swindler and scoundrel, and his daughter, to whom Felix Carbury, adored son of the authoress Lady Carbury, is induced to propose marriage for the sake of securing a fortune. Trollope knew well the difficulties of dealing with editors, publishers, reviewers, and the public; his portrait of Lady Carbury, impetuous, unprincipled, and unswervingly devoted to her own self-promotion, is one of his finest satirical achievements. His picture of late nineteenth century England is of a society on the verge of moral bankruptcy, where the traditional virtues of Tory squirearchy, represented by Roger Carbury, prove to be no match for the financial genius of Augustus Melmotte. In The Way We Live Now Trollope combines his talents as a portraitist and his skills as a storyteller to give us life as it was lived more than a hundred years ago.