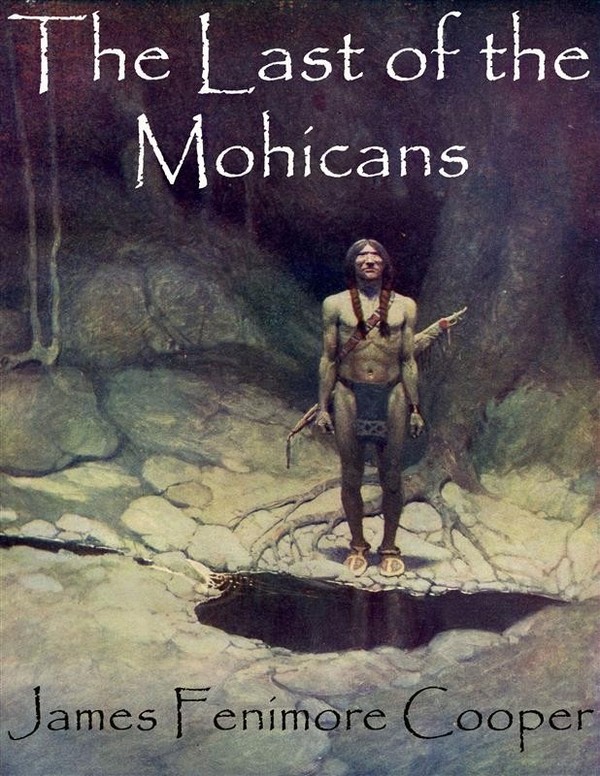 The Last of the Mohicans: A Narrative of 1757 by James Fenimore Cooper; Illustrator: N. C. Wyeth, published 1919.

Historical novel, first published in February 1826. It is the second book of the Leatherstocking Tales pentalogy and the best known. The Pathfinder, published 14 years later in 1840, is its sequel.

The story takes place in 1757, during the French and Indian War (the Seven Years' War), when France and Great Britain battled for control of the North American colonies. During this war, the French called on allied Native American tribes to fight against the more numerous British colonists in this region.

The novel was one of the most popular in English in its time, although critics identified narrative flaws. Its length and formal prose style have limited its appeal to later readers, yet The Last of the Mohicans remains widely read in American literature courses.