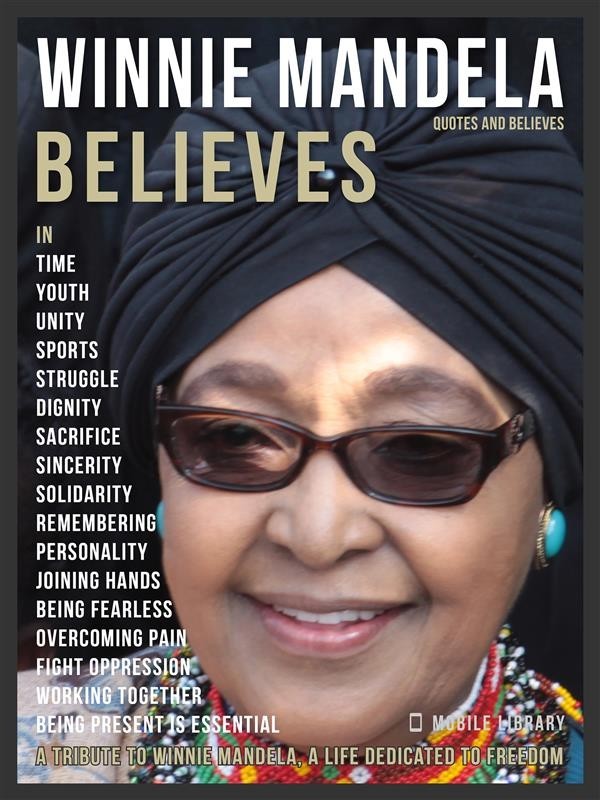 Winnie Mandela, also know as South Africa's "Mother of the Nation," dedicated decades of her life to  activism an to the struggle against Apartheid.

The ex-wife of Nelson Mandela was a inspirational figure against racial injustice in South Africa, encouraging activists to stand up for what they believe in.

She met Nelson Mandela in 1957 and had two children with him before he was arrested and sentenced to life in prison in 1964. But she was far more than than just "the wife" in Nelson Mandela long walk to freedom, she made a fight of her own and it was not an easy one.

The couple separated in 1996, a few years after Nelson Mandela was released from prison (after spending 27 years in prison), but Winnie Madikizela-Mandela kept her work for freedom until the end.

She died at the age of 81 and until then she was a voice for change in South Africa and for her words and actions, she made her way to be considered a major figure in the story of the revolution of South Africa and not only for being a central part of any Nelson Mandela biography...

Winnie Mandela dies on 2 April 2018, but her strong (and some times controversial) ideals will stay with us for a long time and the purpose of this Winnie Mandela book is also to help keep her memories alive and at the same time be a tribute to the ones that struggle for equal opportunities for all.

Remember her ideas in this eBook full of inspirational ideas and with the best Winnie Mandela quotes, a tribute to freedom fighters...