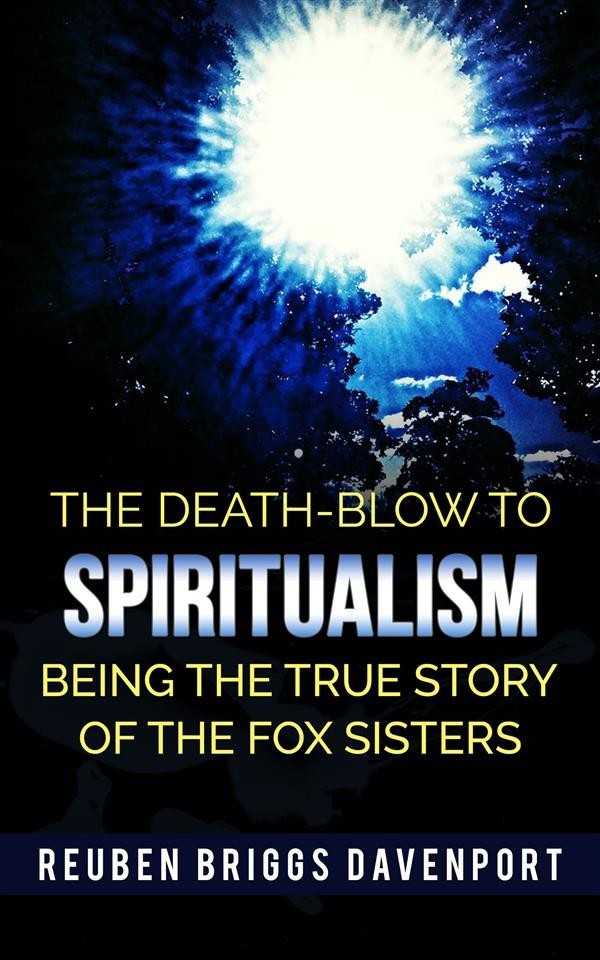 Being the True Story of the Fox Sisters, as revealed by authority of Margaret Fox Kane and Catherine Fox Jencken. "In this book we have the confessions of the guilty women who have pilloried themselves for all coming time. One John D. Fox lived in Hydeville, New York, in 1847…One of the best known and once esteemed ministers of the gospel in Tennessee was carried away by this delusion, and remains a way-mark on the road that leads from common sense to madness." -Jonathan Round O., Quarterly Review of the Methodist Episcopal Church, South, Volume 9, Issue 2, January, 1891 The evil effects of Spiritualism upon the moral and mental condition of its followers is the deepest stain upon its history. The wrecks of thousands of intellects are monuments to its heartless fraud and malign influence. Mrs. Kane has often said that if in her late years she had wholly submitted herself to its foolish vagaries and its base temptations, she would undoubtedly be now a raving maniac. There are many who, if they would but speak truly, could declare that ruin of conscience, brain and health, has resulted either from their willing faith in flimsy illusions or their weak connivance in puerile deception. I have touched but little upon the unclean side of Spiritualism. Thousands upon thousands of virtuous men and women entertain its theory or hold to its faith. But the manipulators of the supernatural machinery, the members of the inner circle, the prestidigitateurs and clumsy magicians, who seek to make simpletons of mankind, I now accuse of the grossest practices and abominations, the loosest social ideas, the most utter absence of principle that has been exhibited by any one set of people in the nineteenth century. They are wholly corrupt, and there is no good in them. If Spiritualism in any form survives the blow now given it by Margaret and Catherine Fox, who were its creators, it will only be because of the veiled licentiousness introduced into it by those who have enlarged upon its original plan. This licentiousness, like the bruised serpent, will not down, but still will lift its head, and lurk amid deepest shadows. Spiritualism, however, cannot again deceive the world. And it is written: "The dead shall not return; nor any that go down into Hell!"