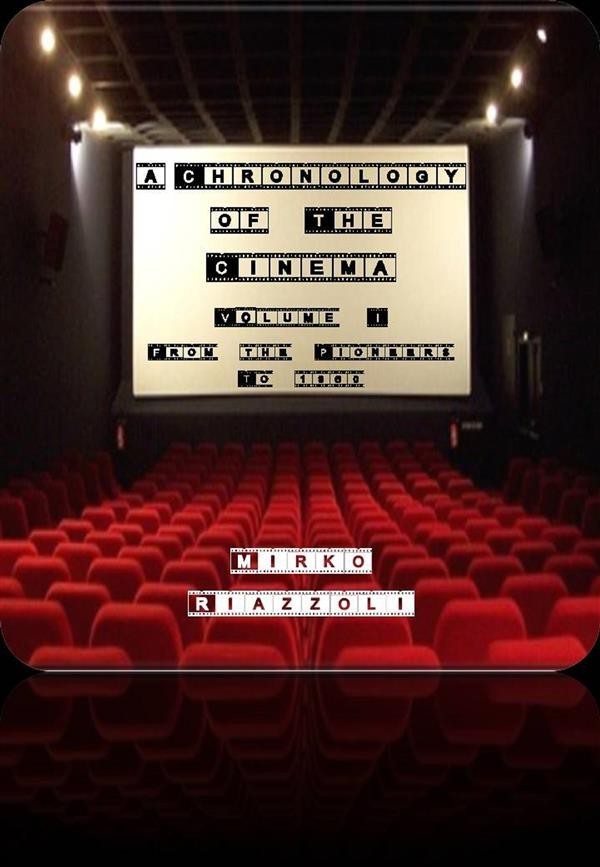 This Chronology of the Cinema, of which we propose here the first volume, aims to retrace the history of the seventh art in the different countries of the world by chronicling year by year its main events and developments, starting from the birthdates of the pioneers and inventors who preceded the Lumière brothers to reach until the year 2015, with the goal to offer the readers a global perspective on its birth, evolution and diffusion over time. This first volume covers the period going from 1830 to 1960. The information presented for each year is divided into thematic sections. The first one, titled "Personalities", reports the births and the deaths of the most important persons (directors, art directors, producers, actors, costume designers, cinematographers, theoreticians, critics, etc.) in the history of the cinema, together with the positions they covered in their careers. Across its three volumes, this Chronology offers information on more than 3000 persons. The second section, titled "Movies", lists the most relevant movies made during the year reporting for each of them the essential details like: director, English title and original title, genre, producing country, technology (film and sound), scriptwriter, editor, cinematographer, production designer/art director, producer, composer, costume designer, make-up artist, special effect artist and actors. Across its three volumes, this Chronology offers information on more than 3000 films. The third section, titled "Events", reports the main events in the history of cinema as: the first screenings and the first movies made in the different countries, the inventions and technologies that affected and innovated this art, the creation of production companies, movie archives and other institutions (cinema schools, censorship offices, festivals), and the publication of the most important theoretical essays, cinema magazines and artistic manifestos. The fourth section, titled "Film Awards", reports for each year the winners of various important awards, divided by categories, at national and international festivals and events in the different continents to offer a more articulated point of view on the seventh art across the world. Among the awards and festivals here considered are: Golden Globe, Academy Awards, Venice Film Festival, Cannes Festival, BAFTA, Berlin Film Festival, Moscow Film Festival,Ouagadougou International Film Festival, Tokyo International Film Festival and the Mar de la Plata Festival.