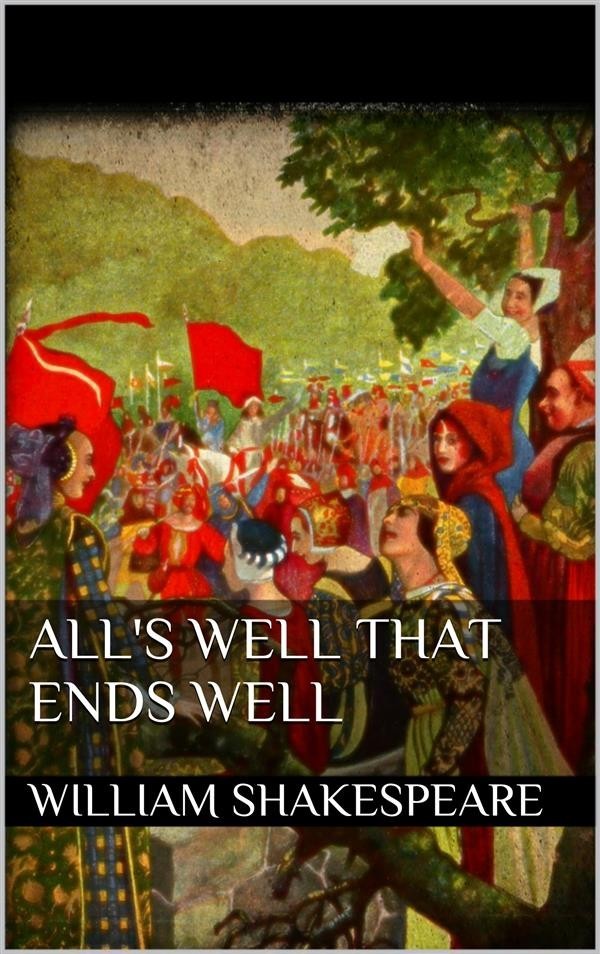 COUNTESS.
In delivering my son from me, I bury a second husband.

BERTRAM. And I in going, madam, weep o'er my father's death anew; but I must attend his majesty's command, to whom I am now in ward, evermore in subjection.
LAFEU. You shall find of the king a husband, madam;—you, sir, a father: he that so generally is at all times good, must of necessity hold his virtue to you; whose worthiness would stir it up where it wanted, rather than lack it where there is such abundance.
COUNTESS.
What hope is there of his majesty's amendment?

LAFEU. He hath abandoned his physicians, madam; under whose practices he hath persecuted time with hope; and finds no other advantage in the process but only the losing of hope by time.
COUNTESS. This young gentlewoman had a father—O, that 'had!' how sad a passage 'tis!—whose skill was almost as great as his honesty; had it stretched so far, would have made nature immortal, and death should have play for lack of work. Would, for the king's sake, he were living! I think it would be the death of the king's disease.