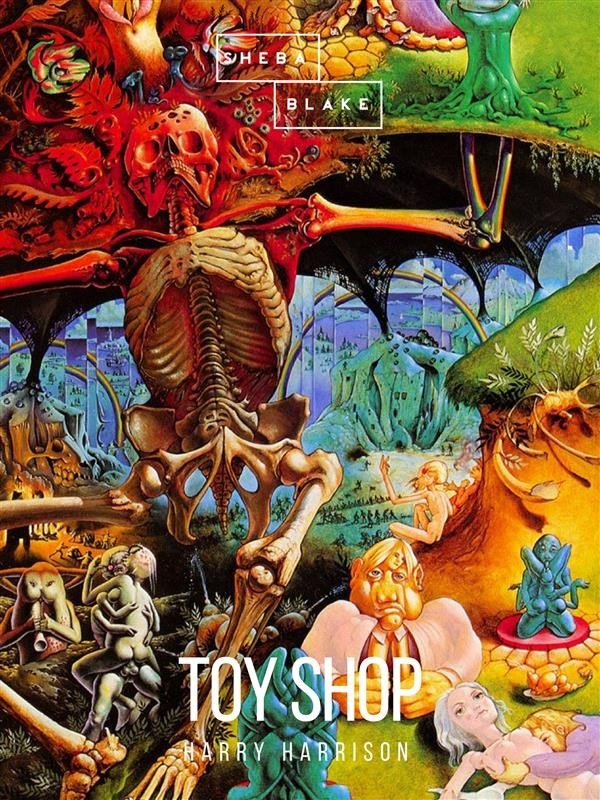 The gadget was strictly, beyond any question, a toy. Not a real, workable device. Except for the way it could work under a man's mental skin....

Harry Harrison (March 12, 1925 – August 15, 2012) was an American science fiction author, known for his character the Stainless Steel Rat and for his novel Make Room! Make Room! (1966). The latter was the rough basis for the motion picture Soylent Green (1973). Harrison was (with Brian Aldiss) the co-president of the Birmingham Science Fiction Group.

Aldiss called him "a constant peer and great family friend". His friend Michael Carroll said, "Imagine Pirates of the Caribbean or Raiders of the Lost Ark, and picture them as science-fiction novels. They're rip-roaring adventures, but they're stories with a lot of heart." Novelist Christopher Priest wrote in an obituary,

Harrison was an extremely popular figure in the SF world, renowned for being amiable, outspoken and endlessly amusing. His quickfire, machine-gun delivery of words was a delight to hear, and a reward to unravel: he was funny and self-aware, he enjoyed reporting the follies of others, he distrusted generals, prime ministers and tax officials with sardonic and cruel wit, and above all he made plain his acute intelligence and astonishing range of moral, ethical and literary sensibilities.