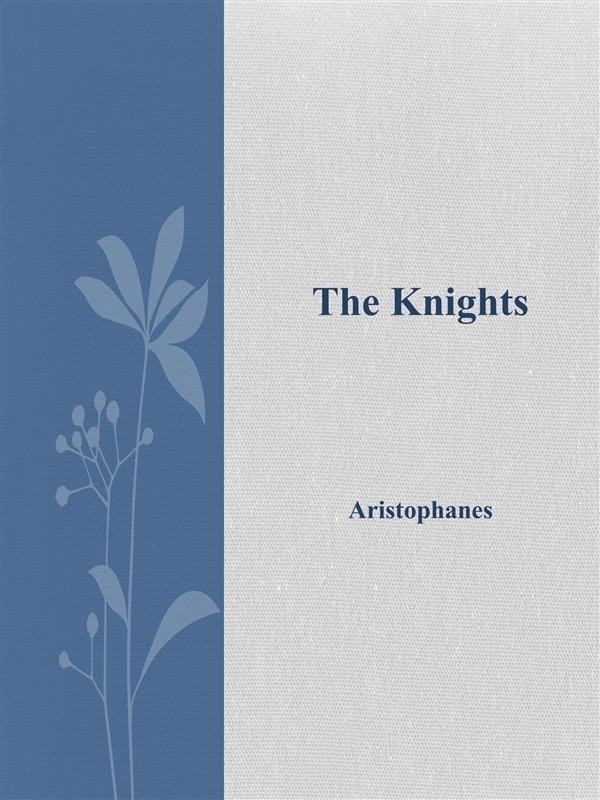 The Knights was the fourth play written by Aristophanes, the master of an ancient form of drama known as Old Comedy. The play is a satire on the social and political life of classical Athens during the Peloponnesian War and in this respect it is typical of all the dramatist's early plays. It is unique however in the relatively small number of its characters and this was due to its scurrilous preoccupation with one man, the pro-war populist Cleon. Cleon had prosecuted Aristophanes for slandering the polis with an earlier play, The Babylonians (426 BC), for which the young dramatist had promised revenge in The Acharnians (425 BC), and it was in The Knights (424 BC) that his revenge was exacted.The Knights won first prize at the Lenaia festival when it was produced in 424 BC. The Knights is a satire on political and social life in 5th-century BC Athens, the characters are drawn from real life and Cleon is clearly intended to be the villain. However it is also an allegory, the characters are figures of fantasy and the villain in this context is Paphlagonian, a comic monstrosity responsible for almost everything that's wrong with the world. The identity Cleon=Paphlagonian is awkward and the ambiguities aren't easily resolved. This summary features the real-world names Cleon, Nicias and Demosthenes (though these names are never mentioned in the play). See Discussion for an overview of the ambiguous use of characterization in The Knights. Short summary: A sausage seller, Agoracritus, vies with Cleon for the confidence and approval of Demos ('The People' in Greek), an elderly man who symbolizes the Athenian citizenry. Agoracritus emerges triumphant from a series of contests and he restores Demos to his former glory (font:Wikipedia)