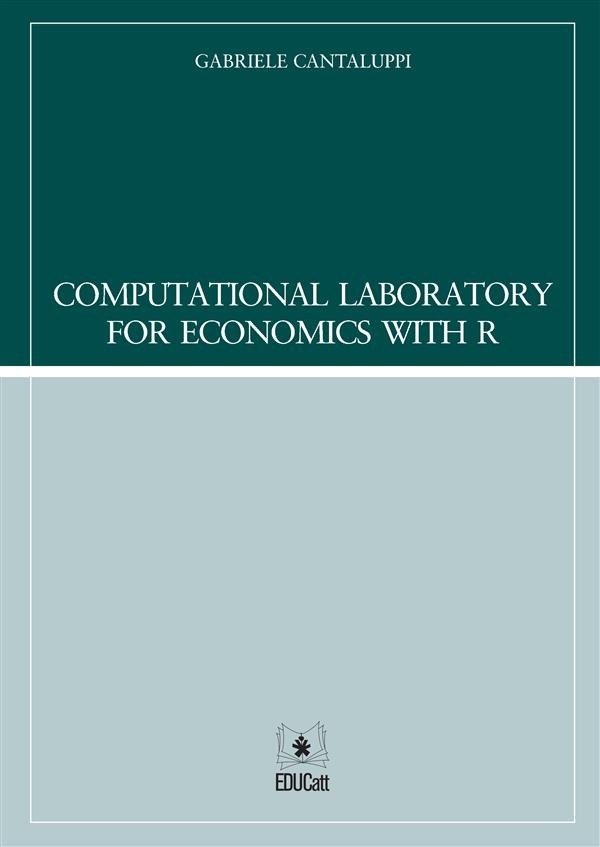 These notes refer mainly to the examples and illustrations proposed in the book A Guide to Modern Econometrics by Marno Verbeek (4th and 3rd editions). The source codes here described are written in the R language (R Development Core Team 2016) (R version 3.2.4 was used). Subjects were initially presented in the course Computational Laboratory for Economics held at Universit`a Cattolica del Sacro Cuore, Graduate Program Economics. The course ran in parallel with the course Empirical Economics where the methodological background were assessed. Attention is paid in order to obtain results first according to their mathematical structure, and then by using appropriate built-in R functions, always aiming at achieving an efficient and elegant programming style. The reader is assumed to possess the basic knowledge of R. In Chapter 1 some simulation results on the distribution properties of the sample mean are shown. Chapters from 2 to 10 reproduce results of examples and illustrations of Verbeek’s Guide. Appendix A1 describes how to read data from text, Stata, EViews and Microsoft Excel files. Appendix B contains results for examples which were present on the 3rd edition of Verbeek’s Guide. Detailed methodological presentations are given on the geometric interpretation of the linear model and OLS, on multicollinearity problems and their detection, on the assessment of distributional hypotheses (Chapter 2), on the interpretation of coefficients in linear regression model with logarithmic transformation of the outcome or of explanatory variables (Chapter 3), on the application of the GMM (Chapter 5), on the interpretation of marginal effects for logit and probit models and of odds ratio for logit models (Chapter 7) and on the classical presentation of stochastic processes (Chapter 8). Some companion material to these Lecture Notes can be downloaded from the booksite www.educatt.it/libri/materiali. I warmly thank Diego Zappa and Giuseppe Boari for having read parts of the manuscript. I wish to thank Stefano Iacus for his short course on an efficient and advanced use of R, and Achim Zeileis, Giovanni Millo and Yves Croissant for having improved their packages lmtest and plm in order to properly fit some problems here presented.