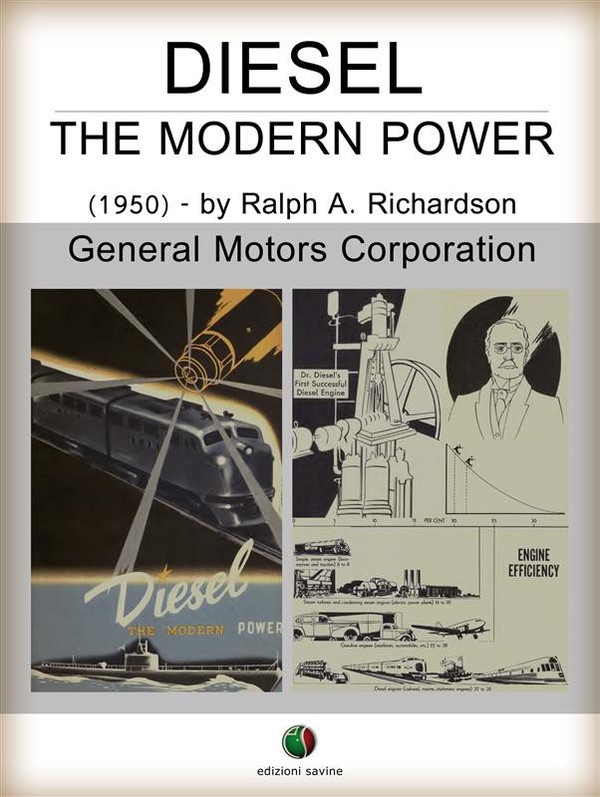 “ … The police, the newspapers and the public have long ago ceased to be interested in the fate of Dr. Diesel, who mysteriously disappeared in the fall of 1913. The present dramatic performances of the Diesel engine, which is playing such an important part in railroad, marine, bus, truck, and power plant development, makes the story back of the early work on this engine again of interest.… … Diesel engines played a large and important part in World War II. Landing boats and submarines, tanks, tractors and generator sets in these and hundreds of other applications the Diesel made its mark and demonstrated its untold possibilities for the future … … But the real contribution that Diesel will make to our way of living is only on the threshold. The progress that is being made today outstrips by far the past history of Diesel accomplishments. A new industry is just beginning to come of age Diesel, the Modern Power .” (1950 - Staff GENERAL MOTORS)