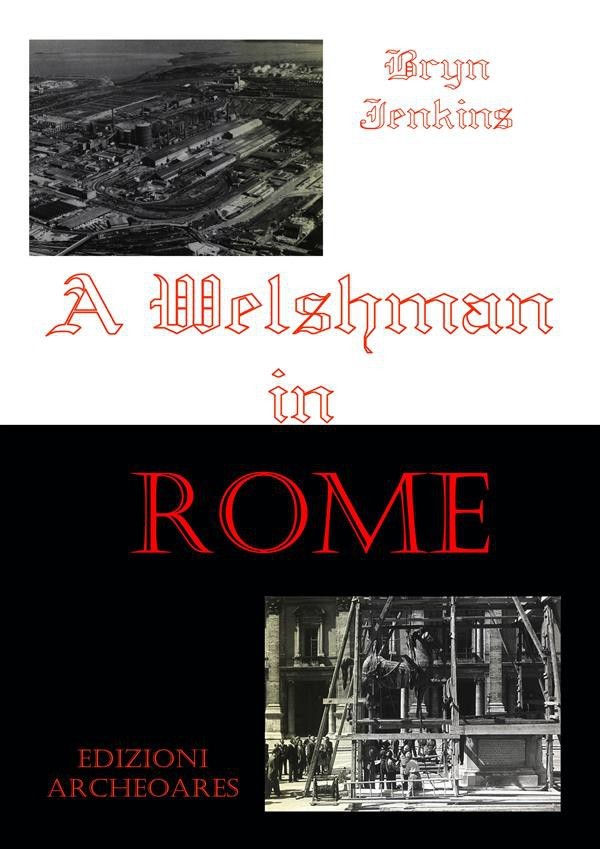 A Welshman in Rome is not a historical analysis, but a collection of articles – some updated – published since the 1980’s in Wanted in Rome, The Roman Forum, The Georgian, and
Conversation. The first section is a chronological selection of topics ranging from Ancient Rome in 9 AD, to the tragic death of Aldo Moro in 1978. The Miscellania articles are really a potpourri of experiences related to living in Rome with a final reference to my Welsh origin in Splott Cardiff. My career as a History reacher has had a considerable influence but, perhaps the seeds were sown during childhood visits to the Roman amphitheatre at Caerleon in the Celtic outposts of the Roman Empire. Some of the evidence has been gleamed from shank’s pony excursions in Rome, raising the eye-level above the first storey, especially in search for inscriptions. The bibliography relates to some of the other sources. In addition to illustrations related to the articles, the central photo section focuses on family and sport.
The cooperation from Mary Wilsey of Wanted in Rome, Anthony Smith of The Roman Forum and Martyn Hales, Principal at St. George’s, has been much appreciated, and also the support of Francesco Aliperti and his colleagues at ArcheoAres in Viterbo. Finally, a family reference, my thanks to Glyn, the technical adviser, Dag the photographer, Kristin the poet, Kari and grandson Rhys for their inspiration and Elin for her patience.