Society in the First World War 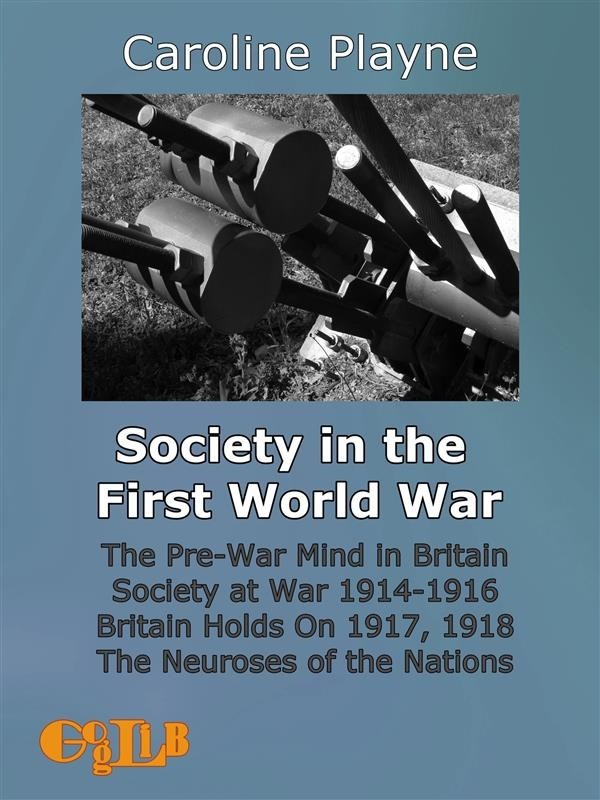 Society in the First World War

This volume contains four essays by Caroline Playne on the anthropology and social psychology of the First World War:
The Pre-War Mind in Britain (1928)
Society at War, 1914–16 (1931)
Britain Holds on, 1917, 1918 (1933)
The Neuroses of the Nations (1925)
During the Great War, by constant and solitary observation, Caroline Playne (1857-1948) gathered a great mass of documents on the English social life and on the phenomenon of the general consensus to the war. These observations merged into the four books collected here, in which we find a pioneering cultural history of the war that is both astonishing and infinitely interesting. Playne told what she had seen because she witnessed it, but in a way that is anything but candid. She wrote with high analytic skill, knowing she belonged to the small minority who maintained mental lucidity and independent judgment while the world around them defended itself from ruin and mourning with the illusion that events had a need and a purpose.
Playne described the English society she knew, but with the certainty that if she had lived everywhere, and especially in Germany, she would have seen things happen the same way. The Great War was the consequence of an anthropological mutation of mature industrial societies, which had little or nothing to do with national histories because it was a consequence of the loss of the sense of the institutions of our past, not of their memory. This was the assumption and certainty underlying all her work.
European society had wanted, unanimously, to trigger a destructive event of immense proportions, feeling it as a justified end in itself, and had disguised the desire to do this with appearances of motivation, sometimes with declared irrationality, sometimes pretending to restore the violated rationality, but in any case lying to itself. Why? Playne did not know, but we know little more a hundred years later. We need to reconstruct in detail the mindset of the man of the time of the Great War: and Playne, in heroic solitude, has left us these four books full of testimonies, full of reality, and organized to help us to take a step towards solving the enigma of social consensus in the Great War.