Philosophy and the Physicists 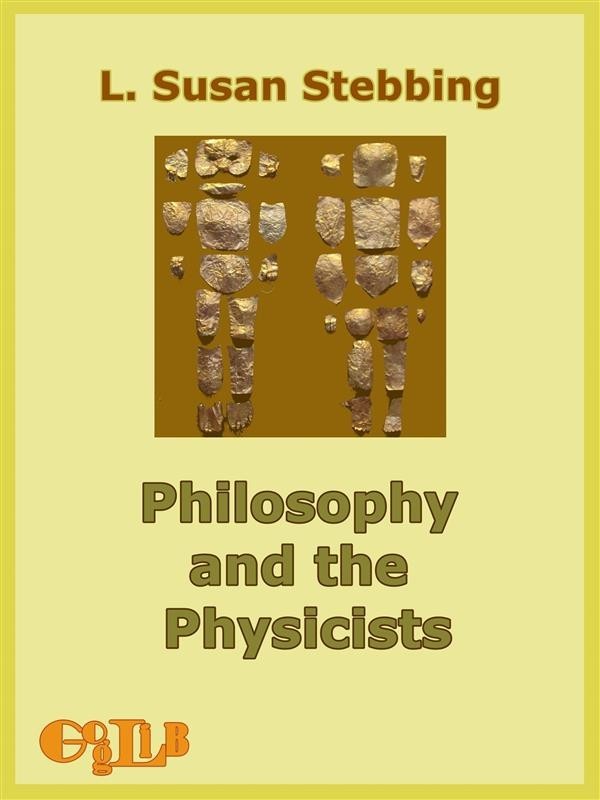 Philosophy and the Physicists

In 1937 Susan Stebbing published Philosophy and the Physicists, an in-depth analysis of the works written for the general public by two physicists then at the center of attention in England and the world, James Jeans (1877-1946) and Arthur Eddington (1882-1944). The latter, as is known, in 1919 had announced to the Royal Society the astronomical observations that were then considered experimental confirmations of the general relativity of Einstein, and who by that episode had managed to trigger the transformation of general relativity into a component of the mass and non-mass imaginary of the twentieth century.
In this essay, what is at stake is the verification of the general philosophical conclusions, that Jeans and Eddington drew from the new quantum physics, and especially from Heisenberg’s uncertainty principle. The essay has not the intention to judge the scientific work of Eddington and Jeans—from the beginning the author declares incompetent for this (although this precaution is not always respected)—but it is written to recall without clemency the two scientists to the responsibility for what they write when they leave the specialists’ field. Then Stebbing’s judgment becomes implacable. Already in the first chapter we read that “... both these writers approach their task through an emotional fog; they present their views with an amount of personification and metaphor that reduces them to the level of revivalist preachers.” And from here on, after this unflattering comparison with the “revivalist preachers”, the analysis always leads to openly polemical conclusions and judgments without any diplomatic mediation.
Philosophy and the Physicists has a unique merit that makes it fundamental as a contribution to cultural studies: it is written with a rare and considerable level of scientific competence, by an author who has mastery of classical physics and who understood exactly the scope of quantum experiments on the hydrogen atom of the early 1920s, enough to give the reader a much more satisfactory account than what we receive from Eddington or popular literature. In general, the contamination of scientific literature with the expressive modes of twentieth-century mass culture is a phenomenon that is not analyzed and received very little attention, despite the great evidence of its traces: the popular junk that has been proposed to us by the media for decades is always a conspicuous plebeian contamination of the baroque wonder made mechanically in great series, and the attentive observer easily realizes that the enormous offer of stupefying pre-packaged results is accompanied with little scruple for the clarification of the processes that allow us to know those results. And indeed, today the ambition to know and understand the logical and physical principles is being reduced to nothing, while the consumption of the astonishing results has become ordinary. However, the critical study of the phenomena of mass culture has always kept the products of scientific divulgation at a distance, and the reason is obvious: scientific competence is rare and scarce, and is mostly not owned by those who would have the means to talk about the style and expression of specialist and popular scientific literature with respect to the overall cultural context of our present.
Overall, therefore, Philosophy and the Physicists is a collection of epistemological essays treated monographically, but as a whole it composes a unitary cultural study about the position of natural science in the context of the twentieth century. Through ill-thought philosophical conclusions, science enters an area of indistinction with respect to the world of the metaphors we build to make our existence justified. But for Stebbing this must be reacted. Therefore the background to the whole analysis is the assertion of the moral value of clear and unambiguous logical distinctions.