History of the Greek Revolution 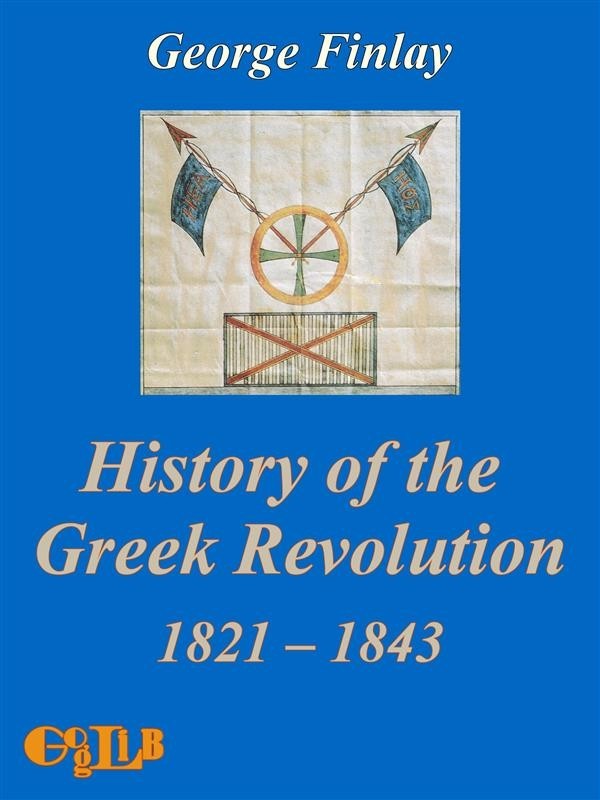 History of the Greek Revolution

The Greek War of Independence gathered the European youth who languished in the torpid atmosphere of the Restoration in their own countries. George Finlay, sent to Göttingen to improve his knowledge of Roman law, conversed much with everybody he met who had visited Greece, read all the works of modern travellers, and became a good acquaintance of the only Greek who was then studying at Göttingen.
He did not resist this pervasive call which mobilized the idealism of his generation, and he embarked for Greece in 1823. By participating in the War he became friend with Byron and with the renowned Captain Hasting, commander of the first steam frigate which fought effectively against the Turkish fleet, and accumulated a vast first-hand knowledge of the events of the revolution. After the birth of independent Greece, Finlay did not return to his homeland, but attempted to set up an innovative farm, losing all his money in the enterprise. Then he began studying the history of medieval and modern Greece, and wrote, among other essays, this History of the Greek Revolution,  in which the mass of first-hand testimonies and documentary data in his possession was reworked in a masterpiece of historiography attentive to the facts and their context.
The essay begins with a description of the Greek society at the dawn of the Independence War and extends up to the Constitutional Revolution of 1843. Each chapter proceeds first by qualifying the more general context, and then going into detail of the events: in this way today’s readers who have not specialist interest in minute details and the chronicles of war can read this book as a collection of monographs, of extreme interest for the image full of life that they return, of a society on the one hand pervaded by a powerful desire to shape its own political system, on the other hindered to realize  its potential from inexperience and inability to organize itself.