From Eleusis to Florence: The transmission of a secret knowledge 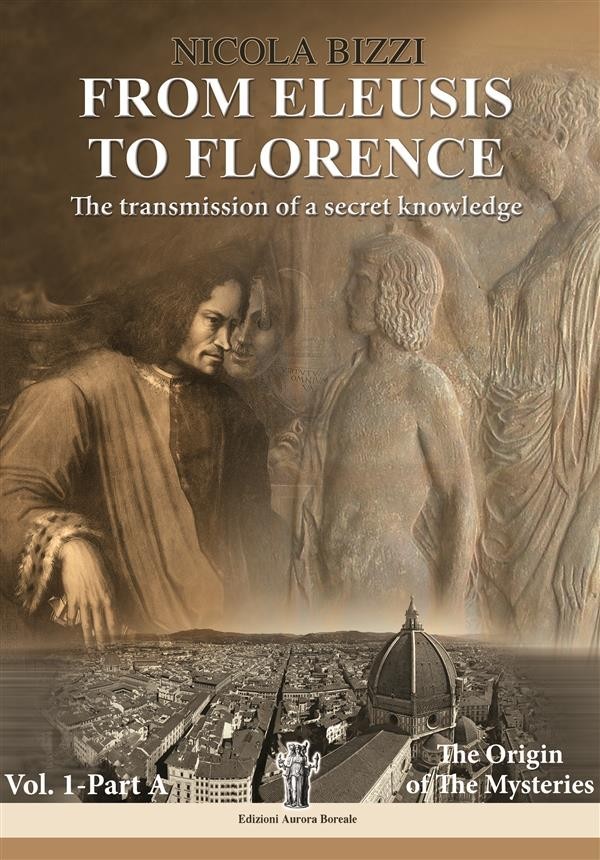 From Eleusis to Florence: The transmission of a secret knowledge

The essay From Eleusis to Florence: The transmission of a secret knowledge by Nicola Bizzi is the largest and most complete study ever carried out on the Eleusinian Mystery Tradition, its origins, its history and life through the centuries, from the persecutions perpetuated by the Christians up to the Middle Ages, as well as from the Renaissance to our days.
Among the various mystery religions of antiquity, none has ever achieved such a fame and diffusion, and at the same time such a secrecy and impenetrability to the eyes of the uninitiated, like the Eleusinian Mysteries. So much so that, not unreasonably, it has been affirmed by the most authoritative scholars that the very foundations of the Western culture and Tradition are based upon them.
The writer is an historian and belongs, by family tradition, to the mystery tradition of the Eleusinians “Mother”, an ancient initiatory order which descends directly from the Primary Priestly Tribes of Eleusis. A feared and respected initiatory order, which later inspired many mystery and esoteric traditions – such as the Pythagorean Order or the Freemasonry, up to the Bavarian Illuminati. However, it has always remained strictly inaccessible and unreachable for the “profane” world. They have always been the purest and most authentic custodians and defenders of Eleusinian Orthodoxy. the defenders of a secret history and of the initiatory message of the Two Goddesses, the Mother and the Daughter (Demeter and Kore-Persephone). They have allowed this ancient Tradition to survive as it was, with its own rituals and its own secret knowledge. Indeed, only recently the Eleusinians “Mother” have decided to reveal themselves to the world, believing that this is the right time to make such a move.