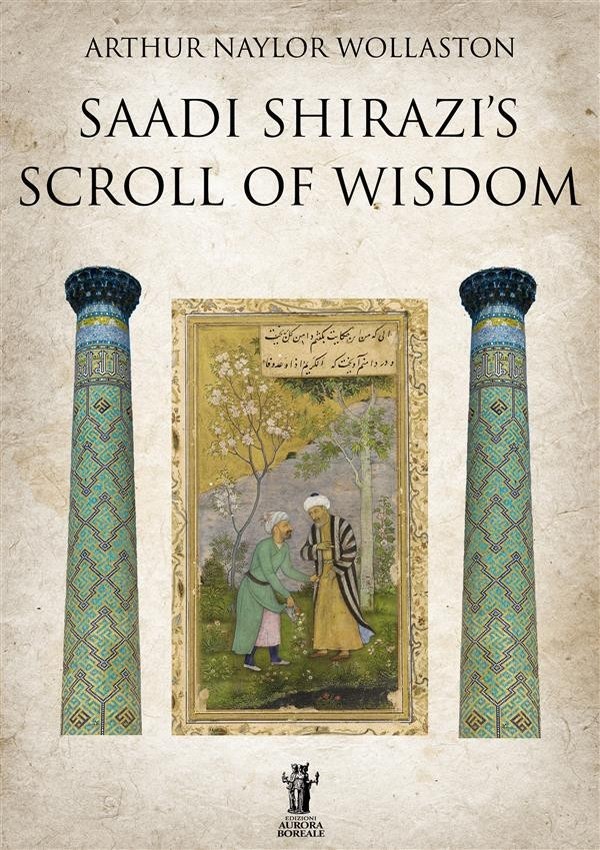 Abu-Muhammad Muslih Al-Din bin Abdallah Shirazi, better known by his pen-name Saadi, or Saadi of Shiraz (Saadi Shirazi), was the major Persian poet and prose writer during the Middle Age. He is widely recognized as one of the greatest poets of the classical literary tradition, earning him the nickname “Master” or “Master of Speech”. He has been quoted in the Western traditions as well, sand his Bustan is universally considered one of the houndred greatest books of all time.
In addition to the Bustan and the Gulistan, his masterworks, Saadi also wrote four books of love poems (ghazals), and number of longer mono-rhyme poems (qasidas) in both Persian and Arabic, including the Pand Namah, or Scroll of Wisdom, the small volume of poetry that we present today in this new edition, faithful to the version edited and published by Arthur Naylor Wollaston in New York in 1906.