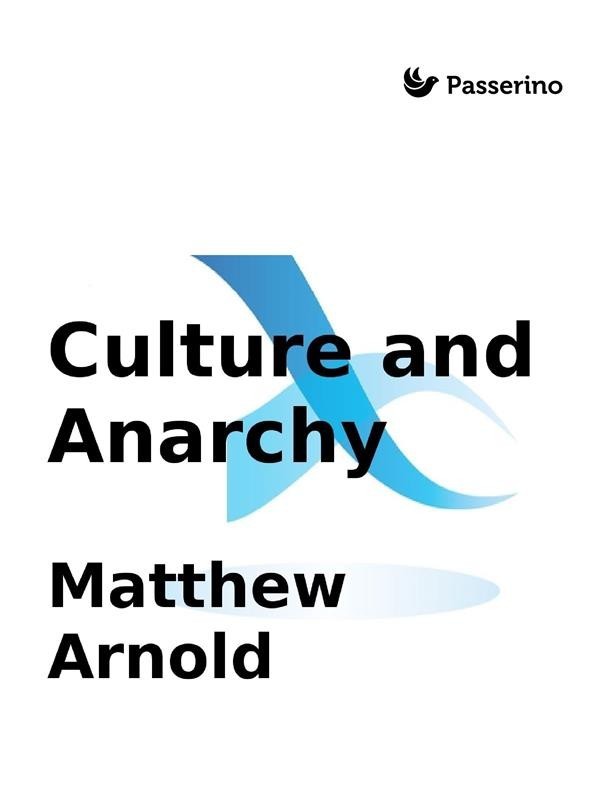 "Culture and Anarchy" is a series of periodical essays by Matthew Arnold, first published in Cornhill Magazine 1867-68 and collected as a book in 1869. The whole scope of the essay is to recommend culture as the great help out of our present difficulties; culture being a pursuit of our total perfection by means of getting to know, on all the matters which most concern us, the best which has been thought and said in the world, and, through this knowledge, turning a stream of fresh and free thought upon our stock notions and habits, which we now follow staunchly but mechanically, vainly imagining that there is a virtue in following them staunchly which makes up for the mischief of following them mechanically.
The book contains most of the terms - culture, sweetness and light, Barbarian, Philistine, Hebraism, and many others - which are more associated with Arnold's work influence.

Matthew Arnold (24 December 1822 – 15 April 1888) was an English poet and cultural critic who worked as an inspector of schools. He was the son of Thomas Arnold, the famed headmaster of Rugby School, and brother to both Tom Arnold, literary professor, and William Delafield Arnold, novelist and colonial administrator. Matthew Arnold has been characterised as a sage writer, a type of writer who chastises and instructs the reader on contemporary social issues.