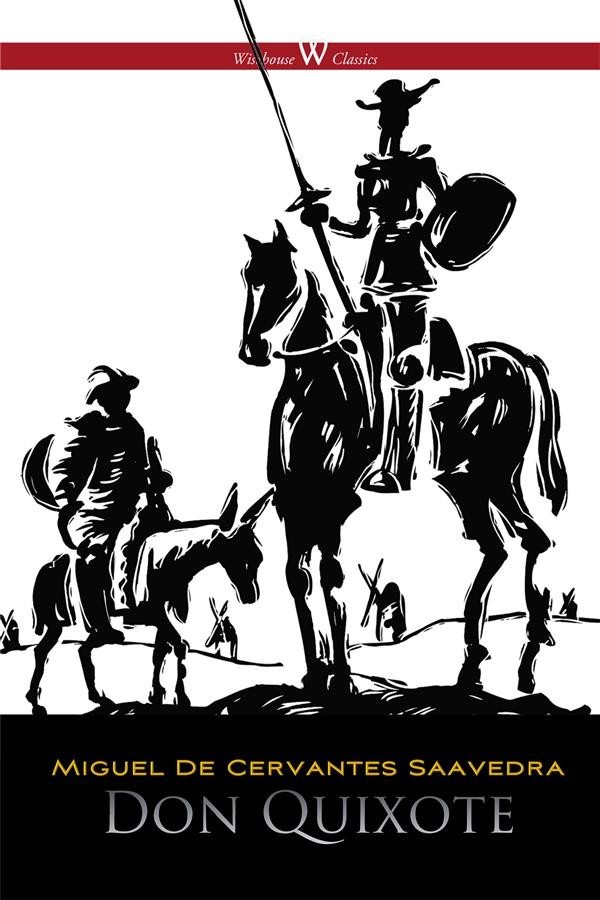 "The Ingenious Gentleman Don Quixote of La Mancha" is a Spanish novel by Miguel de Cervantes. Published in two parts, in 1605 and 1615, Don Quixote is the most influential work of literature from the Spanish Golden Age and the entire Spanish literary canon. A founding work of Western literature, it is often labeled "the first modern novel" and is sometimes considered the best literary work ever written. The plot revolves around the adventures of a noble (hidalgo) from La Mancha named Alonso Quixano, who reads so many chivalric romances that he loses his mind and decides to become a knight-errant to revive chivalry and serve his nation, under the name Don Quixote de la Mancha. He recruits a simple farmer, Sancho Panza, as his squire, who often employs a unique, earthy wit in dealing with Don Quixote's rhetorical monologues on knighthood, already considered old-fashioned at the time. Don Quixote, in the first part of the book, does not see the world for what it is and prefers to imagine that he is living out a knightly story.