The Bell-Ringer of Angel's 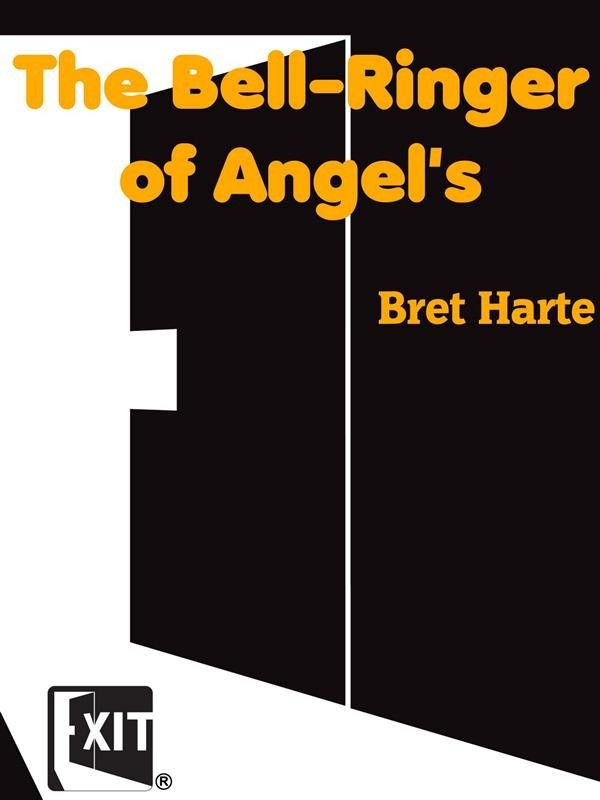 The Bell-Ringer of Angel's

Where the North Fork of the Stanislaus River begins to lose its youthful grace, vigor, and agility, and broadens more maturely into the plain, there is a little promontory which at certain high stages of water lies like a small island in the stream. To the strongly-marked heroics of Sierran landscape it contrasts a singular, pastoral calm. White and gray mosses from the overhanging rocks and feathery alders trail their filaments in its slow current, and between the woodland openings there are glimpses of vivid velvet sward, even at times when the wild oats and "wire-grasses" of the plains are already yellowing. The placid river, unstained at this point by mining sluices or mill drift, runs clear under its contemplative shadows. Originally the camping-ground of a Digger Chief, it passed from his tenancy with the American rifle bullet that terminated his career. The pioneer who thus succeeded to its attractive calm gave way in turn to a well-directed shot from the revolver of a quartz-prospector, equally impressed with the charm of its restful tranquillity. How long he might have enjoyed its riparian seclusion is not known. A sudden rise of the river one March night quietly removed him, together with the overhanging post oak beneath which he was profoundly but unconsciously meditating. The demijohn of whiskey was picked up further down. But no other suggestion of these successive evictions was ever visible in the reposeful serenity of the spot.
It was later occupied, and a cabin built upon the spot, by one Alexander McGee, better known as "the Bell-ringer of Angel's." This euphonious title, which might have suggested a consistently peaceful occupation, however, referred to his accuracy of aim at a mechanical target, where the piercing of the bull's eye was celebrated by the stroke of a bell. It is probable that this singular proficiency kept his investment of that gentle seclusion unchallenged. At all events it was uninvaded. He shared it only with the birds. Perhaps some suggestion of nest building may have been in his mind, for one pleasant spring morning he brought hither a wife. It was his OWN; and in this way he may be said to have introduced that morality which is supposed to be the accompaniment and reflection of pastoral life. Mrs. McGee's red petticoat was sometimes seen through the trees—a cheerful bit of color. Mrs. McGee's red cheeks, plump little figure, beribboned hat and brown, still-girlish braids were often seen at sunset on the river bank, in company with her husband, who seemed to be pleased with the discreet and distant admiration that followed them. Strolling under the bland shadows of the cotton-woods, by the fading gold of the river, he doubtless felt that peace which the mere world cannot give, and which fades not away before the clear, accurate eye of the perfect marksman.