Robert F. Murray His Poems with a Memoir 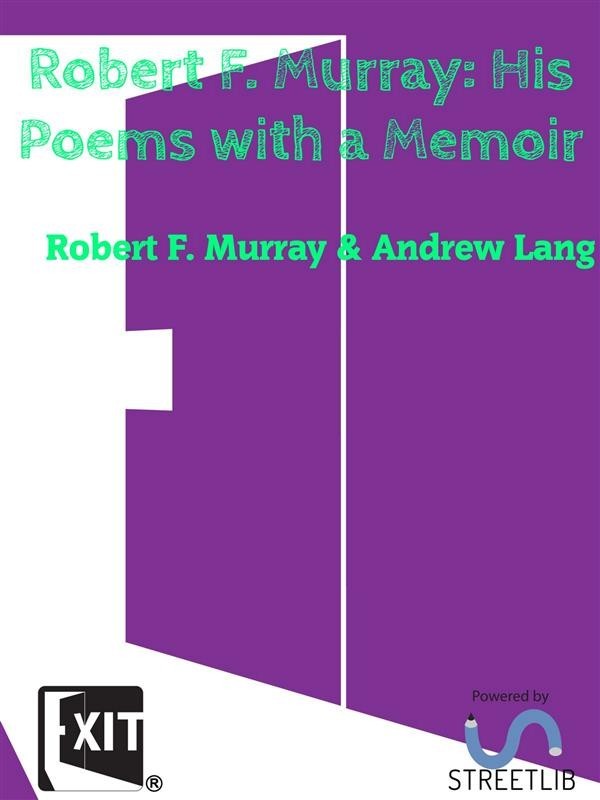 Robert F. Murray His Poems with a Memoir

Much is written about success and failure in the career of literature, about the reasons which enable one man to reach the front, and another to earn his livelihood, while a third, in appearance as likely as either of them, fails and, perhaps, faints by the way.  Mr. R. F. Murray, the author of The Scarlet Gown, was among those who do not attain success, in spite of qualities which seem destined to ensure it, and who fall out of the ranks.  To him, indeed, success and the rewards of this world, money, and praise, did by no means seem things to be snatched at.  To him success meant earning by his pen the very modest sum which sufficed for his wants, and the leisure necessary for serious essays in poetry.  Fate denied him even this, in spite of his charming natural endowment of humour, of tenderness, of delight in good letters, and in nature.  He died young; he was one of those whose talent matures slowly, and he died before he came into the full possession of his intellectual kingdom.  He had the ambition to excel, αίεν αριστευειν, as the Homeric motto of his University runs, and he was on the way to excellence when his health broke down.  He lingered for two years and passed away.

It is a familiar story, the story of lettered youth; of an ambition, or rather of an ideal; of poverty; of struggles in the ‘dusty and stony ways’; of intellectual task-work; of a true love consoling the last months of weakness and pain.  The tale is not repeated here because it is novel, nor even because in its hero we have to regret an ‘inheritor of unfulfilled renown.’  It is not the genius so much as the character of this St. Andrews student which has won the sympathy of his biographer, and may win, he hopes, the sympathy of others.  In Mr. Murray I feel that I have lost that rare thing, a friend; a friend whom the chances of life threw in my way, and withdrew again ere we had time and opportunity for perfect recognition.  Those who read his Letters and Remains may also feel this emotion of sympathy and regret.