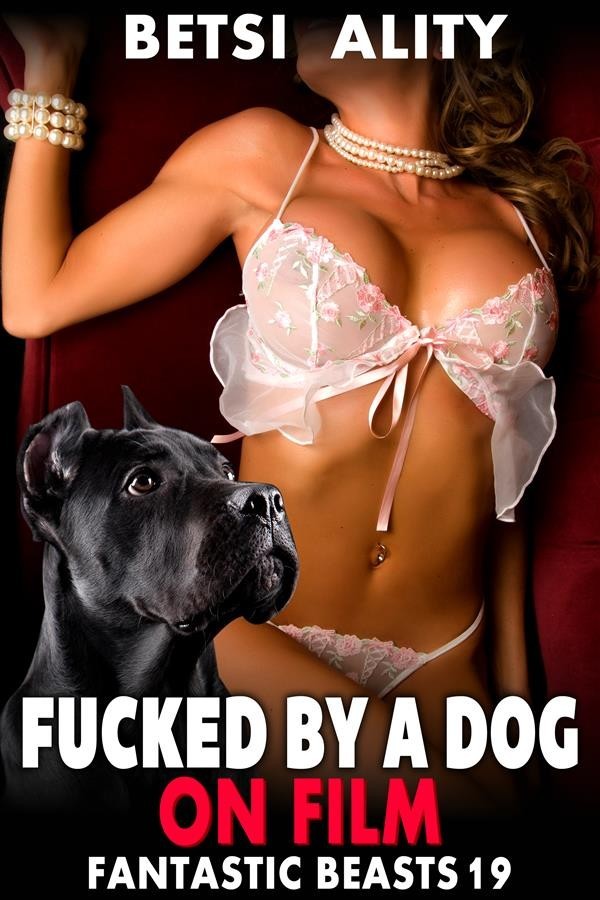 Read An Excerpt
“We rolling guys?” Dax asked, looking to the crew.  There was a thumbs-up.
“Wait, what happens?” I asked, raising a finger.
“Troy knows what to do,” Dax said.  “Just go with it.”
He gave a quick, sharp whistle and Troy got to his feet, walking slowly over as though he knew the whole room was waiting on him.
Dax waved at my legs and I took them down off the couch, seeing Candy mime at me to open them.
Troy arrived right on cue, quickly putting his snout between my open legs and nuzzling at my crotch.
I tensed up and sucked in a breath, suddenly feeling a pang of nerves inside me.  The crew stared on, looking indifferent to the whole affair.  Dax gave me a thumbs-up.
Troy started to lick at the crotch of my panties and I had to admit, it felt good.  To feel his big, swooping tongue pressing against me was a sensation unlike any other.  Imagine getting your pussy eaten by a tongue that’s over twice the size as normal.  Get the idea?
As my nerves ebbed away they were replaced by an intense feeling of pleasure and I sat back and relaxed on the couch, sliding my ass forwards and starting to moan.
“Lick my pussy, Troy,” I mewled, in my affected porn-star voice.
Troy didn’t need an instruction, but I knew that there was more I could do for him.
The cameraman came closer, stooping down and focusing his lens on my crotch.  Troy took the briefest of breaks and I yanked the crotch of my panties over, showing the camera my glistening petals.
Dax gave a double thumbs-up this time and his smile was telling me I was doing good.  I used two fingers to split the lips of my pussy and I started to toy with my stiffening clit as Troy moved in for another taste.
His tongue went straight to my honey-pot and he pushed inside to taste me, smoothing my juices up over my sex with his flapping tongue.
I started to moan and the camera zoomed on my face, but my pleasure wasn’t for them.  The sensations were all real and so were my responses.  Troy licked my pussy better than any man ever had.
Dax quickly took a step forwards and scratched Troy’s back, patting him soon after as if to let him know how good a job he was doing.
The camera pulled back and I split my legs wider, pushing my pussy out onto Troy’s maw and relishing the sensation of his wet nose pressing against my swollen clit.