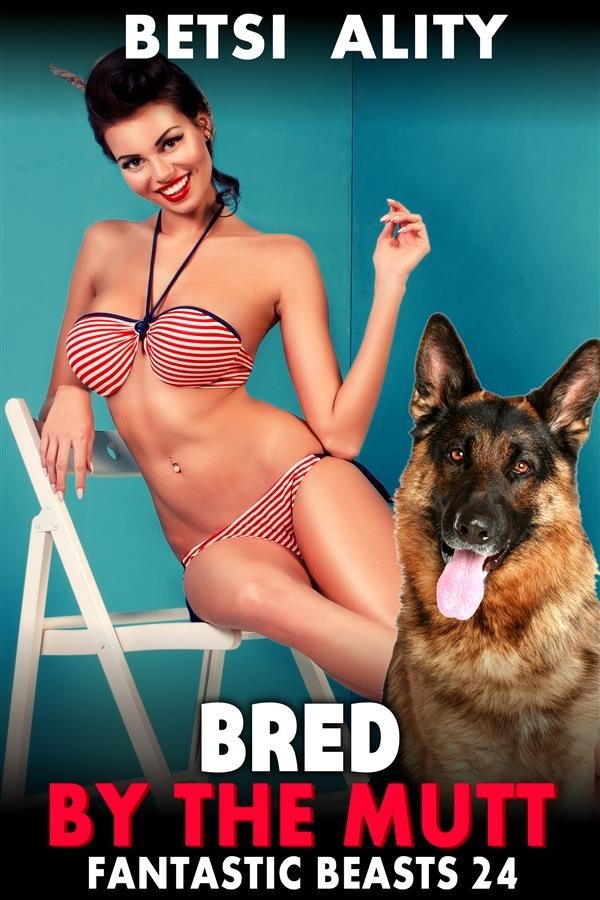 Read An Excerpt
“Comfortable there?” I asked, putting the television on.
I tried to concentrate on the inane programs that blasted into the lounge, but the sound of each one would be drowned out by my own thoughts.  Fuck him, my mind would say.  Take his big cock.  I couldn’t shake the voices.
My hand began to wonder across the divide between us, settling on his hind leg and tickling at it absent-mindedly.  I tried not to think too much about what I was doing but the less I thought, the more my instincts would start to take over.
Trooper lay back and stretched out, rolling onto his back and splitting his leg wide open so I could get at his stomach.  I was sure it was entirely innocent, but as he opened his legs and showed off that huge doggy cock, I couldn’t help but feel flustered.
“My, oh, my,” I gasped, trying to calm myself with slow breaths.
I peered at it out of the corner of my eye, looking sidelong at it as though I was trying not to get caught.
Soon my head turned and I focused harder, tickling at the soft skin that sat either side of that impressive dog-cock of his.
“It’s so big,” I gasped, zoning out.
My hands massaged his stomach and Trooper started to enjoy himself even more.  I watched as his thick cock stiffened up, as though it was calling me onto it.
Gradually it grew and the lipstick-red tip started to sprout of his foreskin.  By now I was practically drooling as I watched him, feeling my heart bang against my ribcage as it pumped the arousal around my body.
“Trooper we can’t,” I said, talking to myself more than him.  “It wouldn’t right.”
The words were leaving my mouth, but I didn’t mean them.  My body was priming itself for cock, just like it had all those times before, only now were alone and there was no-one to stop us.