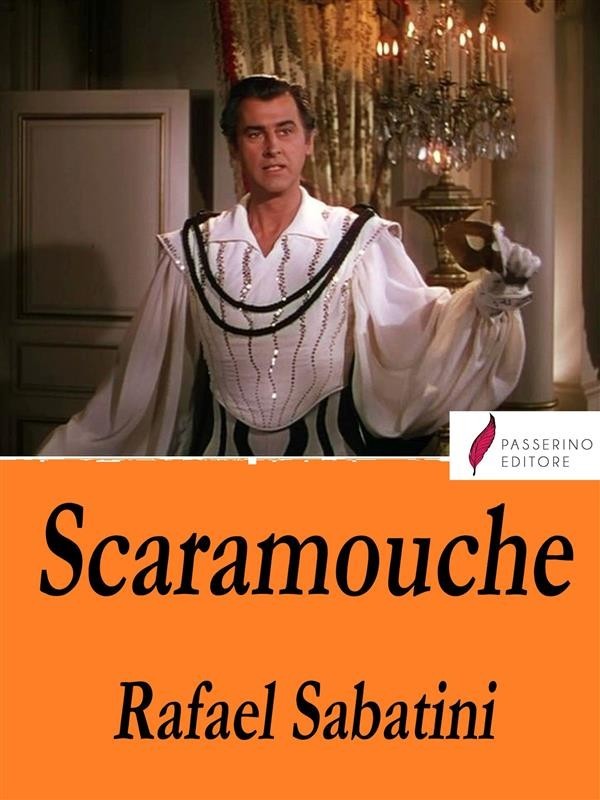 Scaramouche is a historical novel by Rafael Sabatini, originally published in 1921. A romantic adventure, Scaramouche tells the story of a young lawyer during the French Revolution. In the course of his adventures he becomes an actor portraying "Scaramouche" (a roguish buffoon character in the commedia dell'arte). He also becomes a revolutionary, politician, and fencing-master, confounding his enemies with his powerful orations and swordsmanship. He is forced by circumstances to change sides several times. The book also depicts his transformation from cynic to idealist. The three-part novel opens with the memorable line: "He was born with a gift of laughter and a sense that the world was mad." This line was to become Sabatini's epitaph, on his gravestone in Adelboden, Switzerland.

Rafael Sabatini (29 April 1875 – 13 February 1950) was an Italian-English writer of romance and adventure novels.
He is best known for his worldwide bestsellers: The Sea Hawk (1915), Scaramouche (1921), Captain Blood (a.k.a. The Odyssey of Captain Blood) (1922), and Bellarion the Fortunate (1926). In all, Sabatini produced 34 novels, eight short story collections, six non-fiction books, numerous uncollected short stories, and several plays.