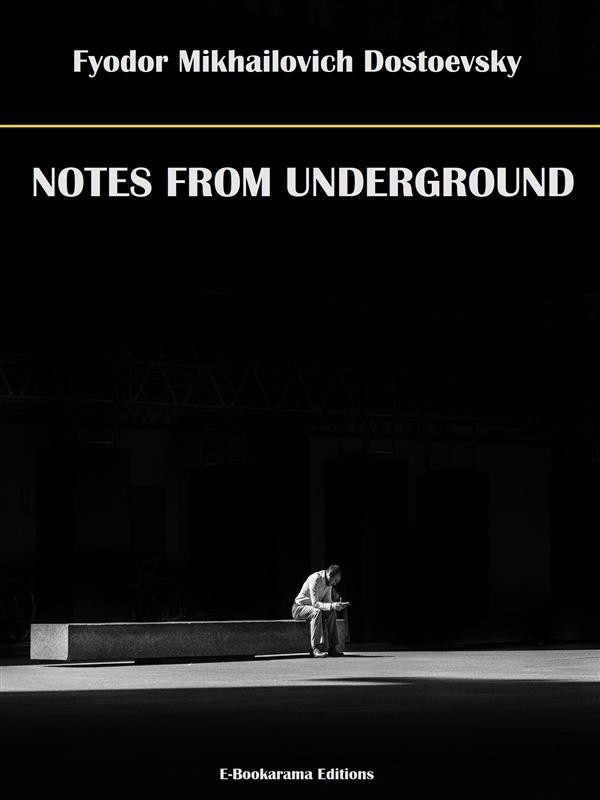 First published in 1864 and considered by many to be one of the first existentialist novels, "Notes from Underground" is a work by Russian author Fyodor Mikhailovich Dostoevsky about a man who is disenchanted with society, and seeks to explain his alienation through a series of journal notes and fragments from his daily life. The novel follows the Underground Man, an unnamed main character who has conflicting, spiteful ideas about humanity, the laws of nature, and himself.

The book is split into two parts – the first takes place in the 1860s, when the Underground Man is forty years old, and is a kind of philosophical, diaristic reflection on life. The second part, called "Apropos of the Wet Snow", goes back in time about fifteen years, and describes some of the interactions the Underground Man had with various people in his life, including his coworkers, prostitutes, and clerks. This work defines the anti-hero and the idea of the unreliable narrator, a character whose actions are so atrocious that they have no heroic qualities, and can't be trusted to accurately relay events.