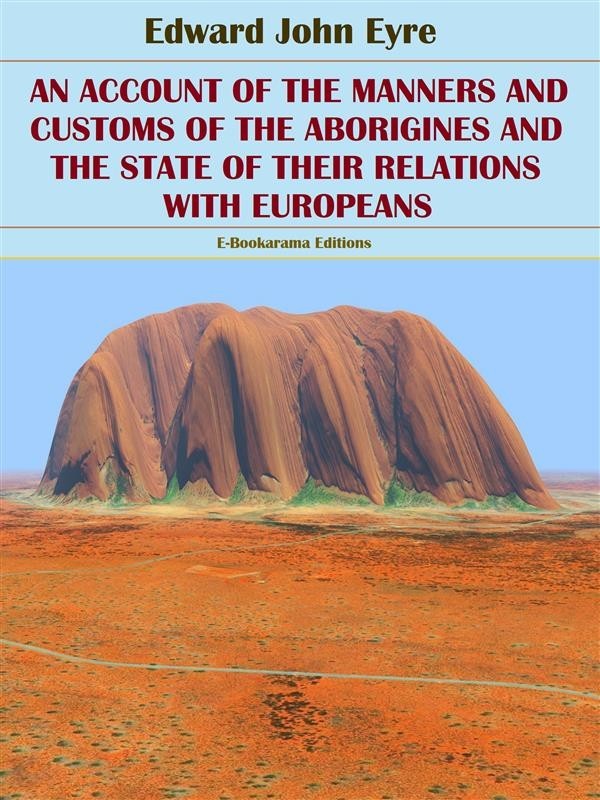 Less than ten years after the establishment of the colony of South Australia in 1845, Edward John Eyre published his treatise "An Account of the Manners and Customs of the Aborigines and the State of their Relations with Europeans."

This book is one of the earliest South Australian accounts of interactions between the colonists and the indigenous inhabitants of the country. It recounts, with sensitivity and keen observation, customs and practices, many of which have since been lost.  Eyre worked closely with the Aborigines, both on his expeditions and, from 1841 to 1843, while stationed at Moorundie on the River Murray near Blanchetown where he was Resident Magistrate and Protector of Aborigines.

Eyre´s writing conveys great sympathy for the Aboriginal people, in the upheavals of their lives and the takeover of their country by Europeans. His grave fears for their future, which he expressed clearly and forcefully, can, in the 21st century, be seen as prophetic. Had more colonists shared or heeded Eyre´s views, they might have increased respect for Aborigines among early settlers, and improved treatment of the local indigenous people from earliest settlement throughout ensuing decades.

This book is an essential source of information for students of Australian history and all who are interested in Aboriginal culture and history.