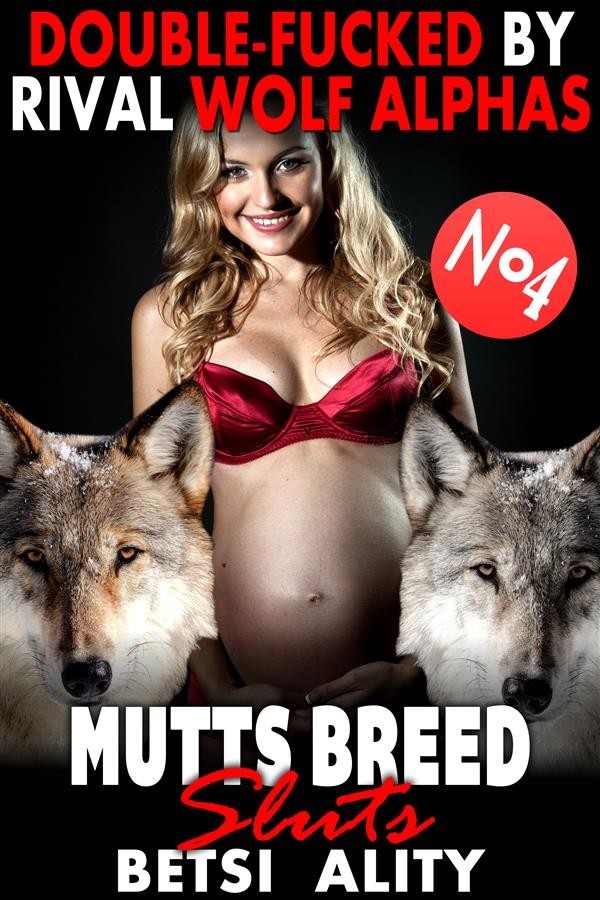 When my Alpha and his pack meet a rival group it looks certain to end in a fight, but instead I offer myself up to the rival Alpha as a gesture of peace.  I hadn’t planned on both of the big brutes to fuck me at the same time.  With one in my pussy and one in my ass I’ve hit the peak of debauchery.  Read how the pair of them fill me with their spunk as the troop watches on.

Read An Excerpt
I snarled beneath them like an animal myself, feeding their flesh into my mouth and drenching it in as much spit as I could muster.  I knew where one of these dicks was going, and I knew it was going to need all the help it could get.
With a little force I managed to roll my Alpha onto his back, which seemed proof enough that he was much more docile than before.  An animal like that would only bare it’s neck if it wasn’t comfortable, and it seemed my eager mouth and soft hands had helped achieve that.
I straddled over him and stared down into his eyes as I took his cock, pushing it back and standing it upright where it found my soaked groove.
I swashed him along my flesh like a paintbrush, then I arched my back and sank on him, letting out a deep groan and leaning over him soon-after.
“Here,” I called to his competitor, patting my ass and looking back.
He stared at the only vacant hole I had left, wondering what he should do with it.
“Here!” I said again with greater excitement, slapping my ass and meaning for him to mount it.
He took a few steps towards me carefully.  I was about to beckon him onto me again, but suddenly he rose up on his hind legs and planted his chest on my back.
“Yes,” I soothed, feeling the fur on top and beneath me.
He shimmied into position and my Alpha’s big cock stirred inside me beneath, clenched in the grip of my tight pussy that soon began to work over him when his rival started his thrusts.
They were wild at first and I could feel the wet tip of his thickness prodding my ass and sliding up over the cheek.  After several failed attempts I soon felt the tip strike my hot hole and—thinking he must be doing something right—he targeted it again, driving his hard cock forwards until it burst right through my virgin sphincter and surged into my forbidden knot.
“Yes!” I wailed, feeling the painful stretching of my asshole over the beast’s giant dick.  “Fuck me, boys!” I urged.
I rocked between them like a model fuck-slut, jerking each of them together inside me.  My pussy would hug tight to my King while my puckered ass sucked around the girth of his new friend.