Ragnarok: The Age of Fire and Gravel 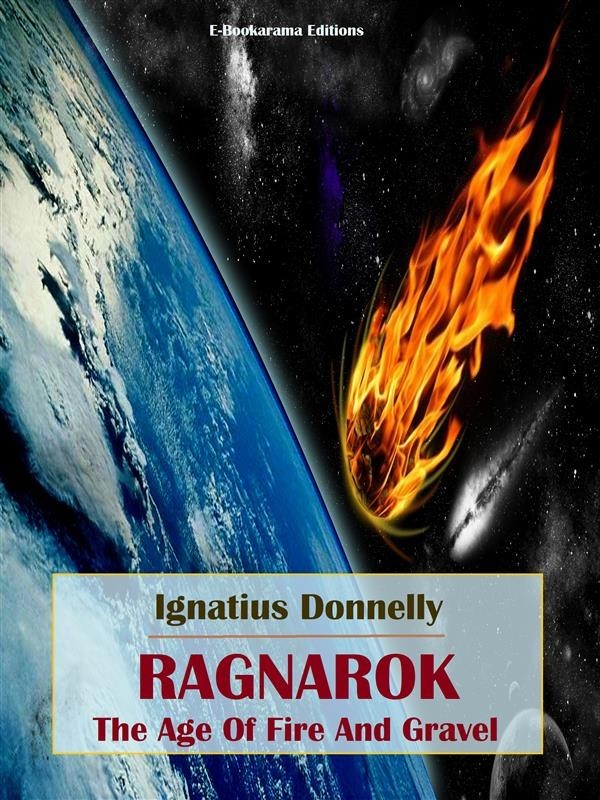 Ragnarok: The Age of Fire and Gravel

First published in 1883, "Ragnarok: The Age of Fire and Gravel" is a book by U.S. Congressman, populist writer, amateur scientist and Catastrophist Ignatius Donnelly. It is a companion to the more well-known work "Atlantis: The Antediluvian World."

In "Ragnarok: The Age of Fire and Gravel," Donnelly argues that an enormous comet hit the earth 12,000 years ago, resulting in widespread fires, floods, poisonous gases, and unusually vicious and prolonged winters. The catastrophe destroyed a more advanced civilization, forcing its terrified population to seek shelter in caves. As cave-dwellers, they lost all knowledge of art, literature, music, philosophy, and engineering...

In Norse mythology, Ragnarök is a series of future events, including a great battle foretold to ultimately result in the death of a number of major figures (including the gods Odin, Thor, Týr, Freyr, Heimdallr, and Loki), the occurrence of various natural disasters, and the subsequent submersion of the world in water.
Afterward, the world will resurface anew and fertile, the surviving and returning gods will meet, and the world will be repopulated by two human survivors.