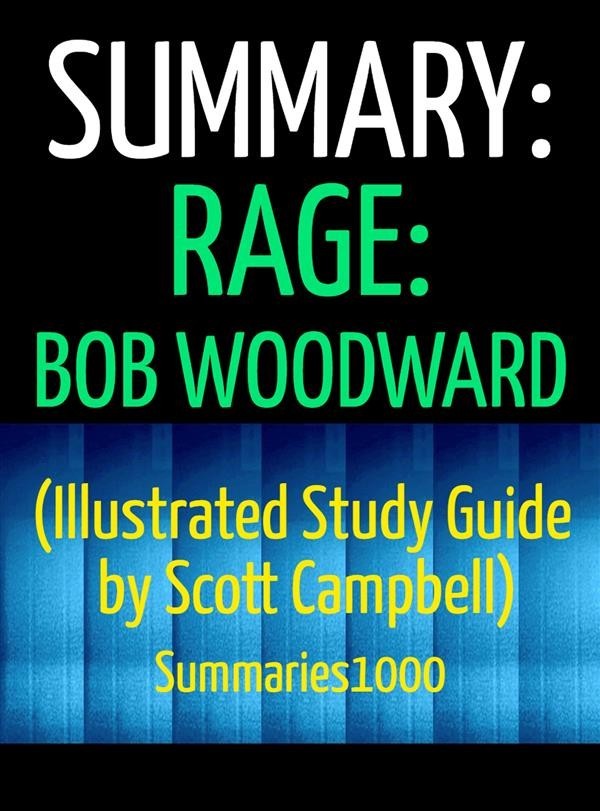 
Note: This is a summary book for RAGE and is not the original book written by Bob Woodward. It is not intended to replace or substitute for the original text by Bob Woodward in any way for fashion.
Pouncing on the moment that President Trump became informed in the Oval Office that the Covid-19 pandemic would most likely become the most significant threat to national security during his Presidency, best selling author Bob Woodward has woven the story and Trump’s other challenges into an anti-Trump tirade that sometimes backfires. Woodard gets frustrated often in his interviews with Trump, and sometimes yells at Trump and gets distressed. They told Trump that the coronavirus, before it could be slowed down, could scale up to the level of a Spanish flu which, in 1918, buried nearly 675,000 in America alone.
Woodward scoops like no other because he interviewed Trump 17 times and challenged his mind and thoughts over seven chaotic months. Trump characterized the way he felt with an apt metaphor: “Dynamite behind every door.” Between a rock and a hard place, the American people's health stood on the line, and most likely, his Presidency. Doubt came into play, as did elements of denial, as Trump put on his combat boots, ready to wage war not only against the virus but the Left and the Chinese who wanted to see him fail.
Woodward claims that Trump’s responses to the challenges posed by the virus and its threats to the health of America’s people and the economy were met with the same instincts, character, and patterns that made for survival the previous three years. Trump goes off on tangents, seems continuously distracted, is unpredictable, often lies as a form of persuasion, interrogates everyone, is gruff, thinks many are out to get him, hires and fires staff at a dizzying pace, and loves conflict--but also is surprisingly effective. Trump stepped up to take charge, for better or for worse, as people like Lindsey Graham advised not to take full responsibility, just in case things go wrong. Trump didn’t listen, of course.
Worldly Bob Woodward, at age 77, sits comfortably in his chair with his writing computer in front of him as the #1 bestselling author of Fear: Trump in the White House and the main character in the movie All the President's men played by Robert Redford.
The book is a bit rough, I caught a few typos and outright mistakes, which I generally don’t see in best sellers, but it’s a compelling story full of the history of Trump’s day to day historical challenges. It’s a book that is perfect for a summary because Woodward broke it into 47 small sections that are relatively independent of each other. Woodward jumps back and forth between subjects.
The amount of information and facts are overwhelming, so I called upon my patented bullet delivery, which tidied everything up, so it is easy to follow. The summary is quite long as far as summaries go. I didn’t want to leave out anything-- it all seemed important.
I am the author of dozens of books on politics and ideologies and specialize in summary books written by best selling authors like Bob Woodward. I wrote four summaries about Trump.

: technology, politics, behavioral psychology, ideologies, including religions, social studies, evolution, philosophy, financial markets, and government. These subjects drove his research starting in 2008.
​
Best Seller Summaries offer an easy, painless, and affordable way to keep up with the world and its hottest non-fiction topics. Choose from e-book, printed, and audio formats.