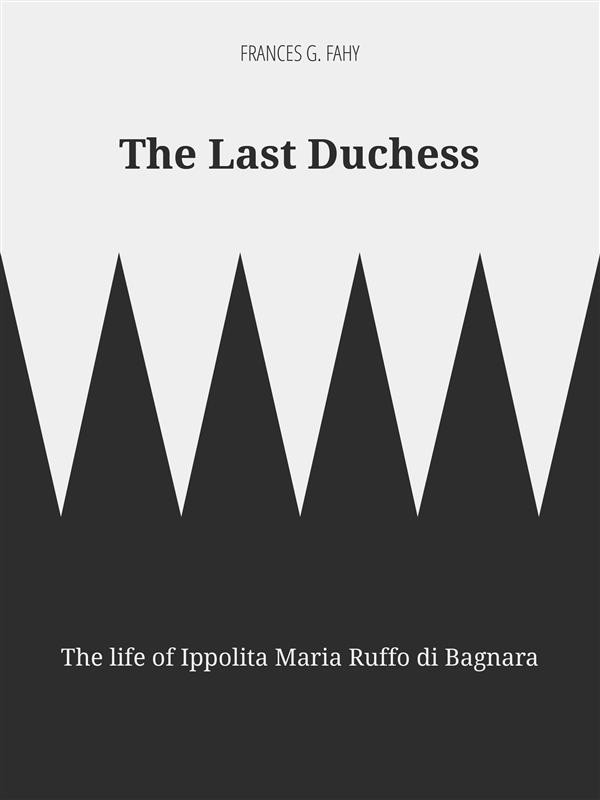 The Last Duchess is loosely based on the true story of Ippolita Maria Ruffo, who lived in Maida, a small village of the Kingdom of Naples and one of the homes of the Ruffo Dynasty of Bagnara.

During a period of great change and unrest, Carlo Ruffo the fifth Duke of Bagnara dies in 1761, leaving three young daughters and no male heir for their possessions in the Calabria region of today’s southern Italy. His wife Anna Cavaniglia leaves the children in the care of the sisters at the Convent of Santa Veneranda and of their paternal grandmother Donna Ippolita d’Avalos d’Aragona and goes back to her native San Giovanni Rotondo where she remarries.

Donna Ippolita manages the estate until 1772 when she makes a dramatic decision. In order to keep the Ruffo line in the hands of her first-born’s heirs, she arranges for Carlo’s eldest daughter, the fourteen-year-old Ippolita Maria, to marry her uncle Nicola, Carlo’s younger brother. This decision has the approval of the clergy.

We follow the fascinating story of Ippolita Maria, first in Maida as the Duchess of Bagnara where she tries to grasp the intrigues of the Court and has to renounce love over duty towards her husband. We see Maida and much of Calabria devastated by an earthquake in 1793. Later, we watch Ippolita Maria’s efforts at adapting to a more modern environment in Naples where she transfers after the fall of the Dynasty of Bagnara.