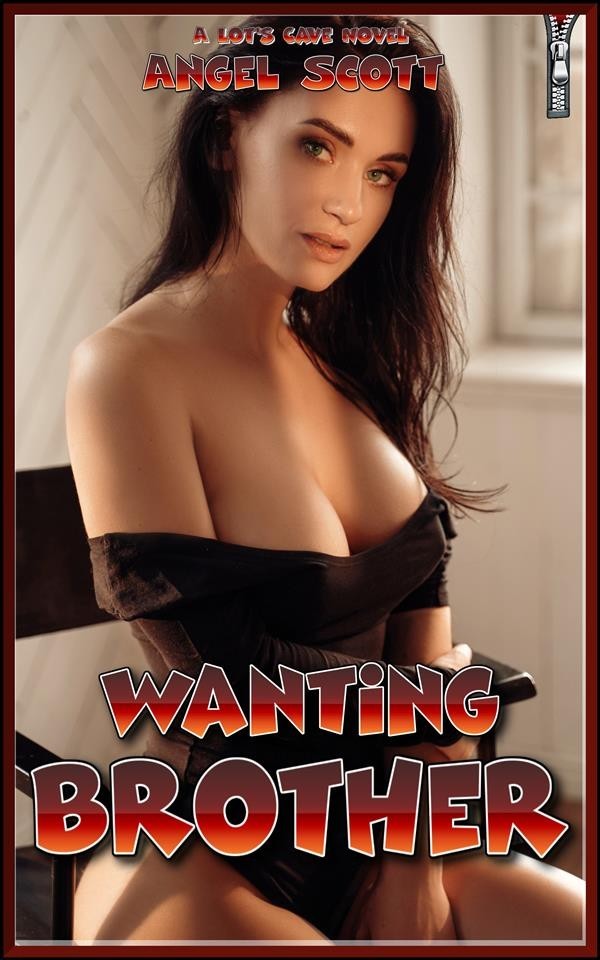 EXCERPT:
After not seeing his sister even after looking around the full store, Peter headed up to the sales counter and said, “Hi, Tory. Can I see my sister? I don’t see her anywhere.” Peter said as he looked around some more.

“She’s actually in the bathroom, Peter. She should be out soon. It’s been a few minutes. I might need to go check on her.” Tory answered as she pointed towards the exist.

“I can go stand by the restrooms. Thanks.” Peter patted the desk and then left the store. He hurried over to the restrooms and stood by the woman’s door. He thought he heard some screams, so he rushed into the bathroom.

Paige screamed with no words forming as she felt herself orgasm. After that, she continued to finger her clit at a steady pace. She moved her fingers out of her pussy and enjoyed her clit. Round and round.

“Ooh, brother! I want your cock inside me, now.” Paige cooed softly. Hearing those words made Paige feel another small orgasm rush through her and she felt more juices flow out of her pussy.

Peter felt shocked to hear those words come out of his sister’s mouth! He felt happy though. That meant he would get his chance to be with his sister. He hurried to the stall but realized that it would not open. So, Peter made his thin body go down to the floor and then he crawled underneath the doorway. Once he got halfway under the door, he looked up to see his sister fingering her clit and enjoying an orgasm with her eyes closed. This could be his chance to do something dirtier with his sister. Peter hurried to crawl the rest of the way in, and then reached for his sister’s pussy. He sadly needed to put his hands towards and partly into the toilet bowl because his sister sat on top of the toilet seat. He managed to find the pussy and inserted his fingers into the wet spot. His fingers glided right in, and he moved them deep inside of the pussy.

When Paige felt fingers start to go slowly out of her, she opened her eyes wide. She wasn’t sure who could be inside the stall with her since she sat inside the lady’s room. She did not feel prepared to see her own brother standing before her brown eyes! Her mouth opened wider and she shook her head.

“Shhh! Just enjoy my fingers inside your tight, wet, pussy, sis.” Peter spoke softly as he put his other slightly thin finger up to his thin lips.
Paige felt the fingers go out and back in again. It felt amazing so far. So, Paige didn’t speak another word as she moved her slender body forward and let the pussy be more accessible for her brother. The fingers moved in and out at a steady pace. She put her finger to her clit and rubbed it at a steady pace. She wanted to feel satisfied, so that she could concentrate on her work after this event ended. Paige felt herself cum once again as more strokes continued inside her tight pussy.