Caught Pissing In The Kitchen Sink... By My Brother! 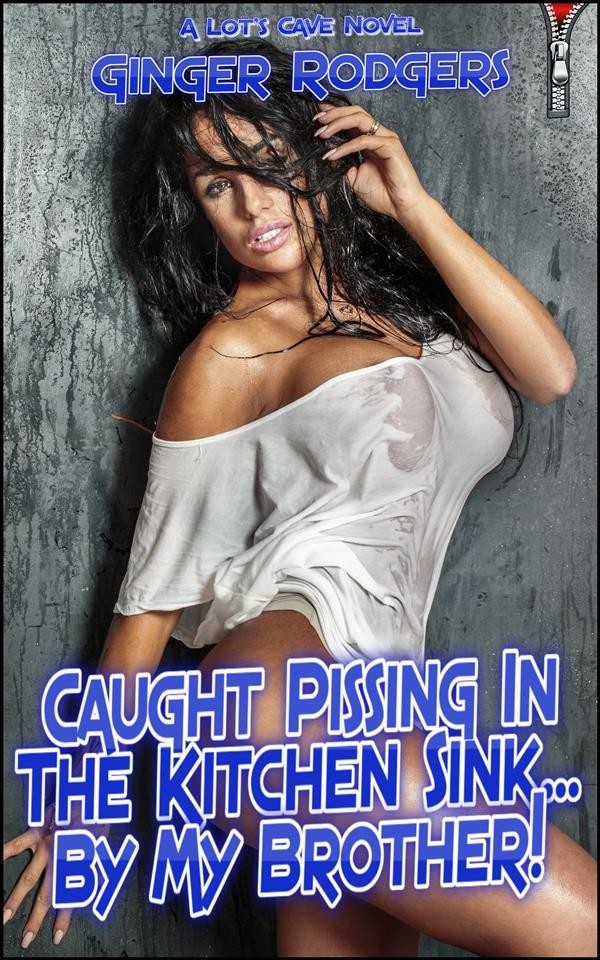 Caught Pissing In The Kitchen Sink... By My Brother!

DESCRIPTION:
After a long walk home, Janey is desperate for a piss but when the bathroom door handle comes off in her grasp, she finds herself without a pot to… well, you know. Out of options, she makes the only choice she can before her brother gets home. But can she relieve herself quickly enough or will she get caught with her panties down?


EXCERPT:
A mile or so down the road, Janey started to regret stopping for a drink. Sure, she wasn’t dehydrated anymore, but damn, now she needed to pee real bad. She forced a smile as Tommy turned to check on her, concerned she was lagging behind. She knew she should just ask to stop for a moment, maybe duck behind a bush and relieve herself, but instead, she forced herself to walk faster, the desperate need building with each step.

Slowing his own pace, Tommy waited up for his sister, noticing her gait was slightly off. He couldn’t deny it turned him on a little, knowing she was holding it in. He never thought of himself as kinky, except that he sometimes thought about her when he jacked off, but something about the flush of her skin, the flustered huff of her breath, and the sweat beading on her forehead, made his dick threaten to get hard in his pants. He wondered just how long she could go on pretending she wasn’t bursting for a piss. Even the mild urge of his own couldn’t distract him from imagining her squirming, hand between her legs, her tight denim shorts all bunched up. But with each step closer to him, he found himself in equal parts disappointed and impressed with how long she could hold it.

Janey sighed when she finally saw the thatched roof of their converted farmhouse on the horizon. She longed to run ahead, to dash inside and run straight to the bathroom, but the unwieldy bag of groceries kept her plodding along at a snail’s pace, trying to resist the urge to juggle the bag so she could shove her hand between her legs. She just had to grin and bear it for the last five minutes. She could do it. She knew she could do it. It was only when she started muttering it aloud, five more minutes, that Tommy decided he had to say something.

“You ok, sis?” Tommy asked, slowing down again to let Janey catch up with him, hoping she’d finally break. “Want me to carry that?”

Janey could have kissed him. She passed him over the bag and smiled, knowing her cheeks were going red with embarrassment just from the words, let alone the way she had to press her legs together. “Thanks, Tommy, I just… really got to go. Is it ok if I run ahead? I’ll come back and help, I promise!”

Janey would have loved to wait for him to agree, but if she didn’t sprint to the house now, she’d never make it in time.