The Knight and The Assassin 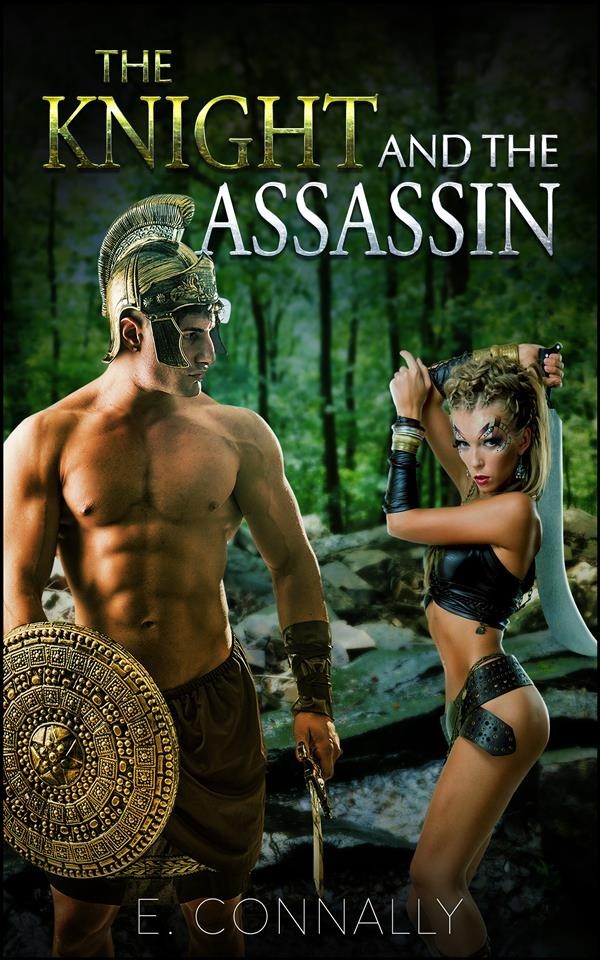 The Knight and The Assassin

DESCRIPTION:
Sir Louis must find the Assassin responsible for the murder of Sir William Douglas. When he finds her he discovers that she is the princess he has been assigned to protect and he is in love with. What does he do now?


EXCERPT:
He was seriously searching the hall for some personal and feminine entertainment when he saw a new dancer moving to the forefront. She was draped mysteriously in a red hooded cape that covered her face and concealed her body. She presented such a shadowy figure that he thought he would stay and see what she was all about.

He stared at her and as her eyes turned to him, he felt a feeling tingle inside him. He felt as though he had seen and met her before, a feeling that was confirmed as she halted suddenly when their eyes met. He was trying awfully hard to remember who she was and where he had seen her when she suddenly turned away and unclasp her cape.

As the cape fell to the floor a most wondrously beautiful face was almost revealed, only it wasn’t because she had a veil. He strained to see who she really was, while her sultry green eyes pulled at his heart; she seemed to be reaching into his soul. Something inside him gasp with the passion he felt from that brief glance. It was only when she turned away that he saw her spectacular figure barely clothed in a warrior ensemble consisted of only leather strips. Her dance costume revealed much more than it concealed.

Her breasts and sexual core were covered in exceedingly small triangular pieces of mail made of very fine interlocking rings, that appeared to be held in place by magic. From his vantage point he could not see how the mail was held in place and that made it even more titillating.  He saw strips of leather around the mail and assumed that the mail was attached to the leather and would add more security and less mail chafing so leather underneath made sense.

As she began to dance, the mail and leather moved alternately revealing and then concealing parts of her glorious figure. Nothing was ever truly revealed, but every man in the room was hoping that her dance would reveal more than she wanted.

Her dance was hypnotizing, and he couldn’t keep his eyes from roaming over her scintillating curves. His eyes also searched for anything that could give him clues as to her identity. She danced with the grace of a ballet dancer in the athleticism of a gazelle. He could see the muscles of her legs, arms, and torso rippling erotically as she twisted and leapt into the air. It was as much an exhibition of her athletic ability as it was a dance. Her spins and leaps left everyone watching and for the first time that evening the raucous crowd became silent.