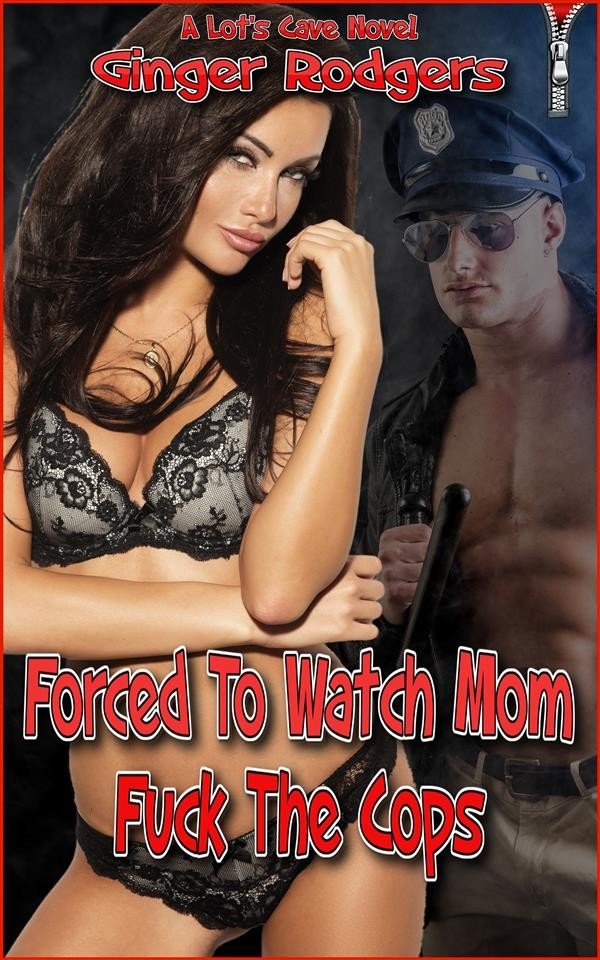 DESCRIPTION:
Pulled over for speeding while trying to get her eighteen-year-old son to high school, Marnie can’t afford to wait for the cops to write her a ticket. Any other time, she’d willingly flirt her way out of it, but can she bring herself to do it with her son in the passenger seat?

EXCERPT:
"What's going on?" Harry tried to mouth through the windscreen. His healthy respect from law enforcement had kept him in his seat for this long, even when the cop’s hands had gotten a little bit too close to comfort. But the way that guy had his mother pressed up against the car and the way his mom was looking at him, something about the whole thing was rubbing him up the wrong way. And it didn't take a genius to work out what.

But almost as soon as their eyes met, his mom looked away again, refocusing on the blond cop in front of her. The one that seemed to be pressuring her into something. "Mom?"

Harry reached for the car handle, but he was two seconds too late. The central locking clicked, and he found himself locked in the car, effectively trapped and helpless.

"Let's get in your car... you could drive me somewhere private, maybe?" Marnie suggested, subtly checking her watch. 9:01am. Her son was late. She wanted this over with as soon as possible.

"Here looks pretty private to me, don't you think?" Stanton countered, reaching down to unbuckle his belt. Marnie could have cursed him. It was almost like he was doing it on purpose, like he knew her son was watching.

"Ok, fine, open up the back, I'll get in, then you can do anything you want," Marnie said, trying to reason with him, trying to escape from his grip but he kept her firmly pressed against the car with his lower body.

"Sorry, Miss Marnie, no can do," Officer Roberts said with a shake of his head.