A LITTLE PRINCESS - The book the film was based upon 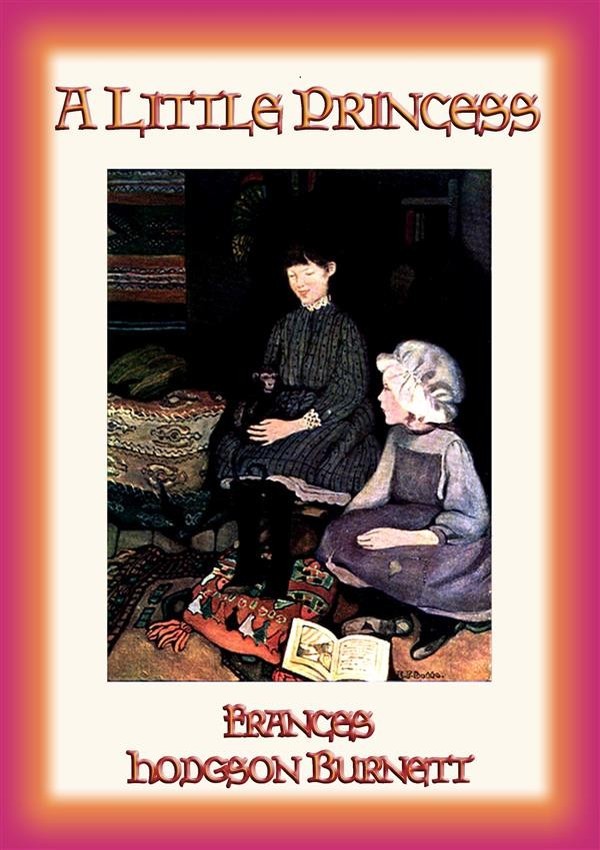 A LITTLE PRINCESS - The book the film was based upon

This is the story of “Sara Crewe”. But, stories are something like letters and a great deal more had happened at Miss Minchin’s than anyone actually realised.

In this story there was a little girl whose name was Lottie, who was an amusing little person; there was a hungry scullery-maid who was Sara’s adoring friend; Ermengarde was much more entertaining than she had seemed at first; things happened in the garret which had never been hinted at in the book; and a certain gentleman whose name was Melchisedec was an intimate friend of Sara’s who should never have been left out of the story, even if he had only walked into it in time. He and Becky and Lottie lived at Miss Minchin’s.
They were as real as Sara, and it was careless of them not to come out of the story shadowland and say, “Here I am—tell about me.” But they did not—which was their fault. People who live in a story, ought to come forward at the beginning and tap the writing person on the shoulder and say, “Hallo, what about me?” If they don’t, no one can be blamed but themselves and their slouching, idle ways.

But what actually happened at Miss Minchin’s? Well you’ll have to download this book and read all the happenings for yourself.

10% of the profit from the sale of this book will be donated to charities.
----------------------------
A Little Princess is a children's novel by Frances Hodgson Burnett, first published as a book in 1905. It is an expanded version of the short story "Sara Crewe: or, What Happened at Miss Minchin's", which was serialized in St. Nicholas Magazine from December 1887, and published in book form in 1888.
Based on a 2007 online poll, the U.S. National Education Association listed the book as one of its "Teachers' Top 100 Books for Children".
It has been released on film in 1917, 1939 and 1995 starring Liesel Matthews. TV movies have been made of it in 1973 and 1986.
--------------------------------
KEYWORDS/TAGS: A Little Princess, Sara Crewe, Lottie, Miss Minchin’s, Lottie, Ermengarde, Garret, Melchisedec, shadowland, wealthy, losses, poor, beggar, French Lesson, Becky, Diamond Mines, Attic, Indian Gentleman, Ram Dass, Other Side, Wall, Heard And Saw, Magic, Child, Anne, not dreaming, abashed, tea-party, children, crowded, clamoured, cry, sparrows, twittered, hop, beggar girl, huddle, in the corner, gazing into the fire, World War 1, WWI,New York City, daughter, Captain Richard Crewe, movie, play, film, aristocrat, India, cook, Mabel, servant, locket, Charles Randolph,