THE SECRET GARDEN - A story of adventure, discovery and redemption 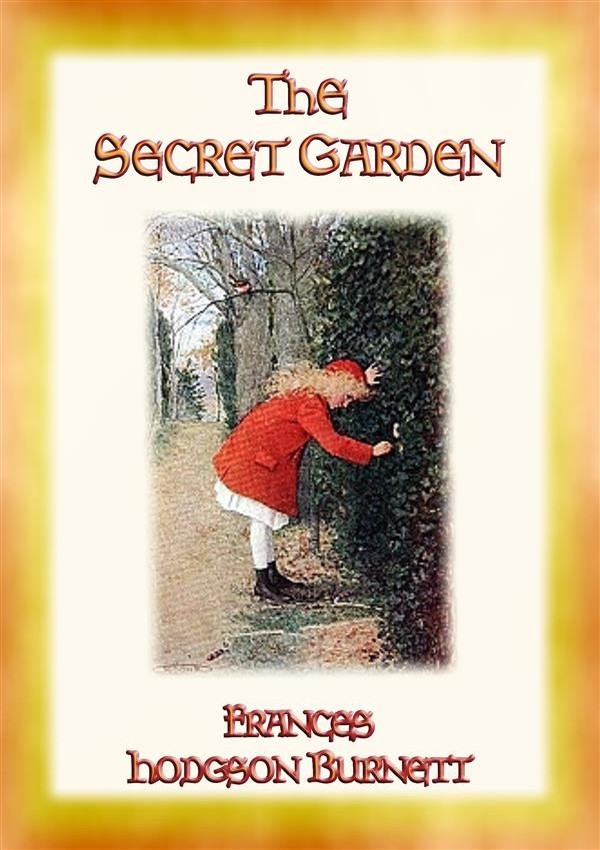 THE SECRET GARDEN - A story of adventure, discovery and redemption

At the turn of the 20th C., Mary Lennox is a neglected and unloved 10-year-old. Born in India to wealthy British parents who never wanted her and ignored her, she is cared for by native servants. She becomes spoiled and demanding. A Cholera epidemic kills Mary's parents, the surviving servants flee the house leaving Mary.

Discovered by British soldiers who place her in the temporary care of an English clergyman. She is later sent to England to live with her uncle, Archibald Craven, whom her father's sister Lilias married. He lives on the Yorkshire Moors in a large English country house, Misselthwaite Manor. When arriving at Misselthwaite she discovers Lilias Craven is dead and that Mr Craven is a hunchback.
At first, Mary is sour and rude. She dislikes her new home, the people and the bleak moor on which it sits. Eventually she befriends her maid Martha, who tells about Lilias, who would spend hours in a walled garden growing roses. Lilias Craven died after an accident in the garden ten years prior. The devastated Archibald locked the garden and buried the key.

Mary starts searching for the secret garden. Her ill manners recede and she comes to enjoy the company of Martha, the gardener Ben Weatherstaff, and a friendly robin redbreast. Her health and attitude improve and she grows stronger as she explores the estate gardens. Mary wonders about the secret garden and about mysterious cries that echo through the house at night.
One day the robin draws her attention to an area of broken soil. Here Mary finds the key to the locked garden, and she discovers the door to the garden. She asks Martha for garden tools, which she sends with Dickon, her brother, who spends most of his time out on the moors. Mary and Dickon take a liking to each other. Dickon has a kind way with animals and a good nature. Eager to absorb his gardening knowledge, Mary tells him about the secret garden.

One night, Mary hears the cries again and follows them through the house. She is startled to find a boy of her age named Colin, who lives is hidden away, and discovers that they are cousins, Colin being the son of Archibald. He suffers from an unspecified spinal problem which precludes him from walking and spend all of his time in bed. He, like Mary, has grown spoiled and demanding, with servants obeying his every whim in order to prevent his hysterical tantrums. Mary visits him every day that week, distracting him from his troubles with stories of the moor, Dickon and his animals, and the secret garden. Mary finally confides that she has access to the secret garden, and Colin asks to see it. Colin is put into his wheelchair and brought outside into the secret garden. It is the first time he has been outdoors for several years and the first time he has seen the garden.