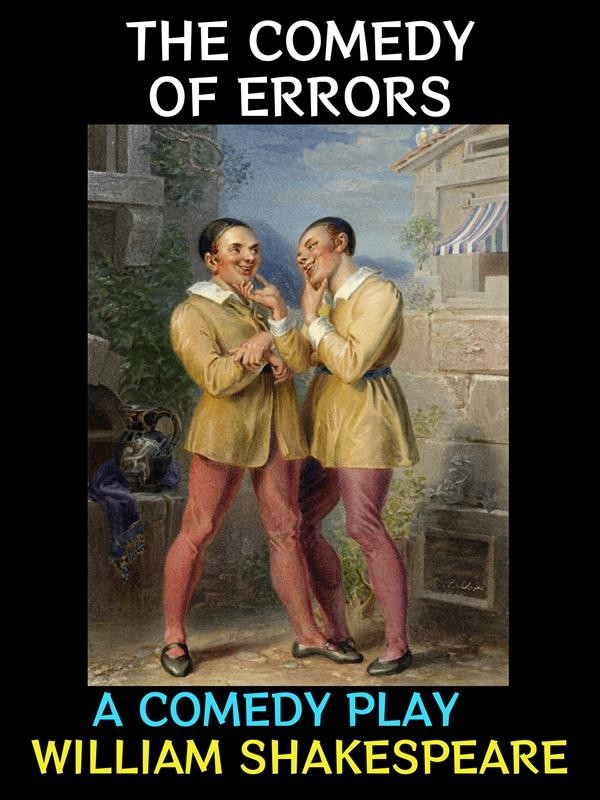 The Comedy of Errors is one of William Shakespeare's early plays. It is his shortest and one of his most farcical comedies. This comedy utilizes slapstick humor, word play, and mistaken identities to create a series of farcical accidents. Over time, the play’s title has become an idiom used to describe “an event or series of events made ridiculous by the number of errors that were made throughout.” In Ephesus, the law forbids entry to any merchants from Syracuse, and if they are discovered within the city, they must pay a thousand marks or be put to death. Aegeon, an old Syracusian merchant, is arrested and Solinus, the Duke of Ephesus, listens to his story of coming to the city. Long ago, Aegeon was on a sea voyage. Traveling with him was his wife, his twin sons, and their twin slaves. The family becomes separated during a tempest; Aegeon, one son, and one slave were rescued together, and the others were never to be seen again. Years later his son Antipholus and his slave Dromio left to search for their long lost siblings; after the boys didn’t return, Aegeon set out to bring his son back home. Moved by this story, the duke allows Aegeon one day to get the money to pay his fine and to find his family.