A Pickle for the Knowing Ones 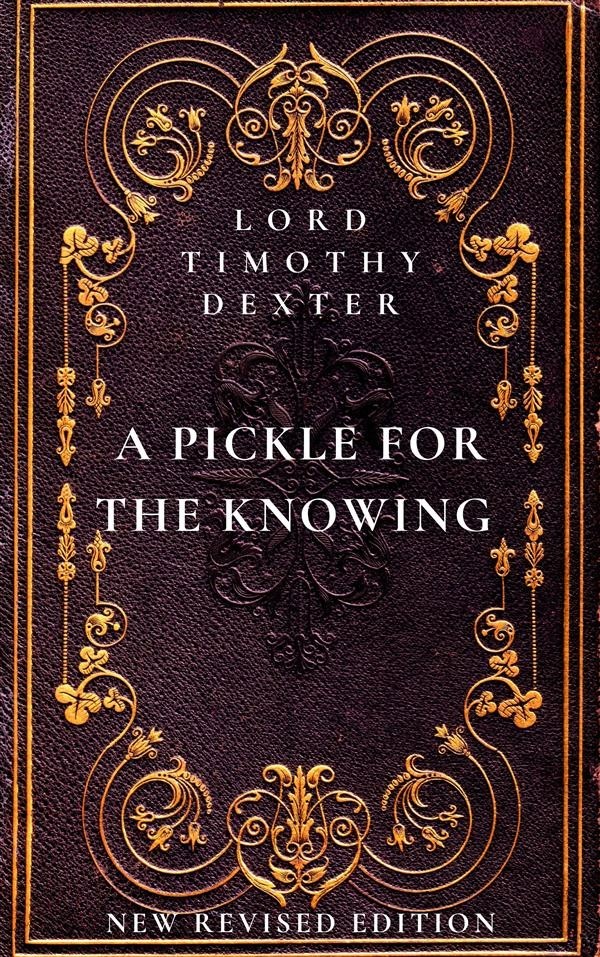 A Pickle for the Knowing Ones

Lord Timothy Dexter was, by most accounts, a living embodiment of irony. Time and time again he beat insurmountable odds (often, it seems, without realizing they existed) and came out on top (and flush with cash). A farm laborer, with little schooling to speak of, Dexter catapulted himself into the 'Who's Who' of 18th Century New England society through numerous trading endeavors of all sorts. But for all of his quirks, he also seems to have been something of a cruel prankster. Many of the events of his later life would make most men of honor blush with shame. Doubly so when one reviews the treatment his wife endured. This work was originally published as an exercise in vanity. It became inexplicably popular, however, after Dexter freely handed out the first printing. In the second, he addressed the criticisms of 'lack of punctuation' by ending the work with an entire page devoted solely to it, which he suggested the reader insert anywhere they like within the work. The strange book went on to be formally reprinted eight times. This book is - and has remained - one of the oddest, most bizarre publications ever brought to public light. It's difficult to enjoy yet, strangely, it is equally difficult to dismiss.