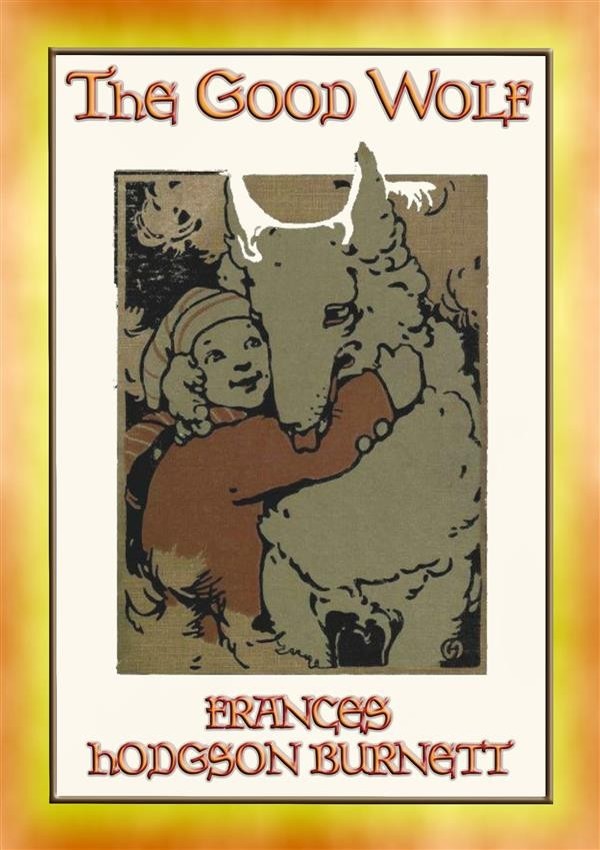 After it’s initial publication in 1908, THE GOOD WOLF was reprinted on no less than four occasions up to 1914.

Description:
Once there was a little boy and his name was Bartholomew Herbert Hubert Ellecompane but of course he was not called all that at once. When people wanted him they only called “Barty” and with that he was quite satisfied.

Indeed Barty was a great blessing and a privilege. He lived on the edge of a deep forest, and he was very fond of that forest. Barty had heard that there were Fairies there, though he had never seen one. He was not a rich little boy, in fact he was quite poor. He had no toys at all because his father and mother had no money. When he went to bed he would wish for all sorts of things that would be nice to have. But when he wakened they were not there.

One winter’s morning when the ground was covered with a thick blanket of snow, he trudged up towards the forest and there he met the Good Wolf. And that’s when things began to happen! But what actually did happen?
Well you’ll have to download this wonderful book and find out for yourself!