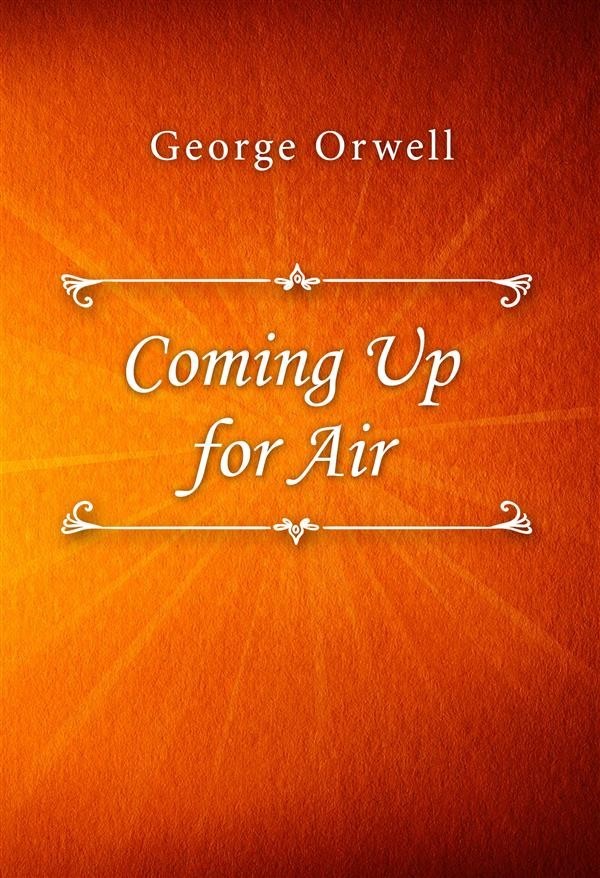 Coming Up for Air is the seventh book by English writer George Orwell, published in 1939. It was written between 1938 and 1939 while Orwell spent time recuperating from illness in French Morocco, mainly in Marrakesh. He delivered the completed manuscript to publisher upon his return to London in March 1939. The story follows George Bowling, a 45-year-old husband, father, and insurance salesman, who foresees World War II and attempts to recapture idyllic childhood innocence and escape his dreary life by returning to Lower Binfield, his birthplace. The novel is comical and pessimistic, with its views that (a) speculative builders, commercialism, and capitalism are killing the best of rural England, and (b) his country is facing the sinister appearance of new, external national threats.