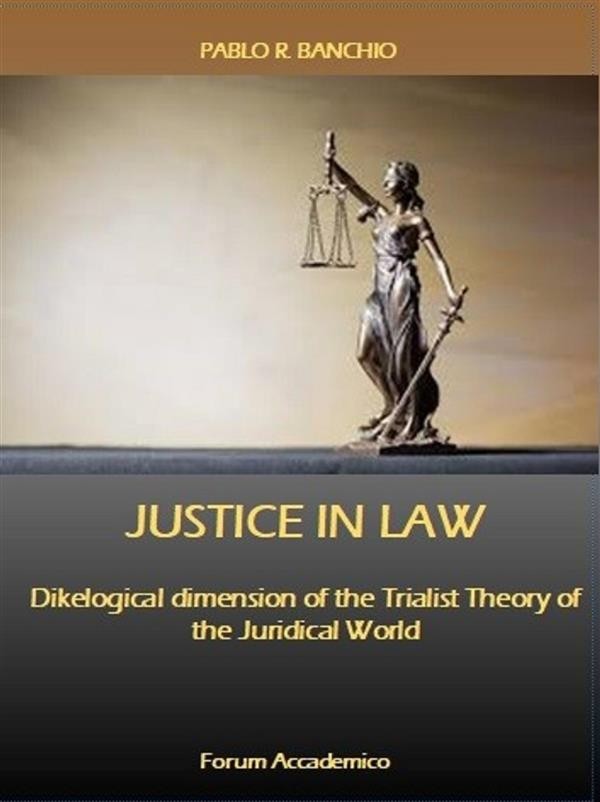 Trialist Theory of the Juridical World provides treatment in law of the elements (facts, norm and value) that make up the triple dimension of the legal world, e.g., the distributions of power and impotence (of what favors or harms being and life) (sociological dimension), captured by norms (normological dimension) and valued (the distributions and the normas) by justice (dikelogical dimension). Partitions (“repartos”) are human behaviors; norms (“normas”), descriptions and logical captations of distributions and partitions, and justice (“justicia”) as value, is carried out through men in the Juridical World and allows us to assess the distributions and rules.
In this book we gather three articles published in the “Social Science Research Network” (SSRN) that summarize the development of Justice in the right through Trialism that exposes them in the dikeological dimension, elevated by its founder Werner Goldschmidt on a scientific basis (own object and method) to the legal discipline that he calls Juristics (“Juristica”).
The complete presentation that it makes of justice from the dikelogical Axiology and Axiosophy and its insertion in the complex of values, opens the perspective of its correct integration in the Juridical World that is determined, in the last instance, by the possibility of achieving justice and the values that are relative to human beings.
We hope that its reading will be useful and can serve the debate on justice in Law.