Paolo Portoghesi. The Architecture of Listening 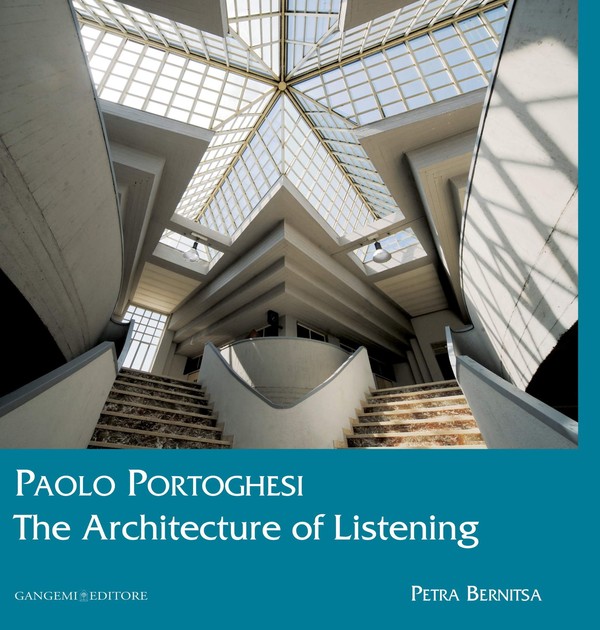 Paolo Portoghesi. The Architecture of Listening

Argan wrote: “Portoghesi's historical method does not consist in the relatively easy task of discovering Palladio in Aalto, or Borromini in Wright, but in the inverse and more difficult operation of discovering Aalto in Palladio and Wright in Borromini, in demonstrating that, given Palladio and Borromini, there cannot not be Aalto and Wright and what comes thereafter is up to the moral, personal commitment of the historian. One thus enters an order of necessity, the same by which the historian cannot avoid being a politician…poetics is not the premise, but the ethical necessity for commitment on the operational level of Art”. Faced with the unravelling of this historical perspective of continuity/circularity, Portoghesi assumes a critical stance towards the dramatic situation of architecture, suspended between individualistic exasperation and false consciousness; instead he seeks it beyond the present, backwards towards the past and forward towards the future. Portoghesi strives for an architecture of listening which rejects liquid modernity that exalts the arbitrary and self-referential nature of architecture, and where violent imagery seems the only means of expression. Portoghesi's works stands out as a phenomenon of tender growth/resistance against voluntary and obstinate amnesia unable to understand the secret forces of the earth. Ultimately, Portoghesi strives to achieve a Geoarchitecture inspired by a different mentality, one which narrates changes to one's Being in the world, where dwelling and building are indissolubly linked to Being. He follows on from Heidegger, Hölderlin and, even before them, Goethe and Palladio. Listening and ecology meet through ethical discourse on the place of dwelling and illuminate the hidden face of architecture that lives in the minds and hearts of all humans, revealing one of the oldest and most universal forms of religion: collective memory. More than a hundred built works and designs in Italy, Germany, France, Palestine, Nigeria and China narrate the differences in Paolo Portoghesi's creative designs. The book uses two methods to critically examine these works: history and listening. In 2005, reacting polemically to the irrational trends of the turn of the century, Portoghesi proposed the need for a Geoarchitecture based on geophilosophy, an architecture that still doesn't exist. An architecture of responsibility that inverts the direction taken by current developments, commits itself to giving human settlements back their choral nature, and builds a New Alliance between mankind and the environment.