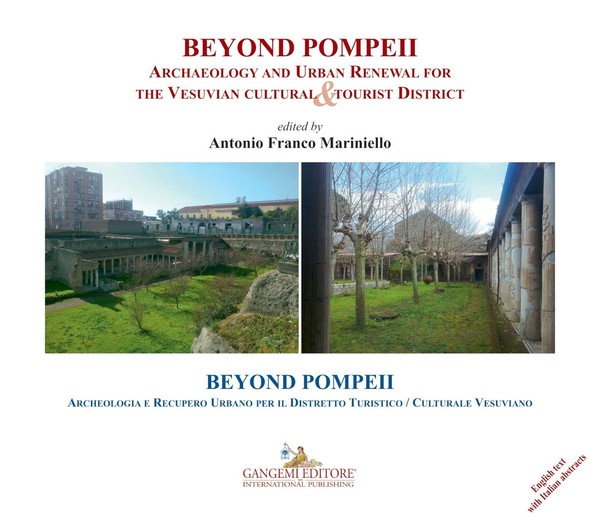 Between the Vesuvio slopes and the front coastline, there are several archaeological sites of significant cultural and landscape interest, far less popular than Pompei but not less fascinating. These sites, including the ancient towns of Stabiae and Oplontis up until the coastal city of Sorrento, resemble a constellation surrounded by the metropolitan sprawl and lay in the country of the Campania Region like hidden pearls, as the lack of efficient public transport connections makes these destinations difficult to reach for international tourists. This paper, therefore, discusses different ideas for the design of a Cultural and Touristic District, which may improve their accessibility by linking all these archeological sites together with both physical and ICT networks. Back in 2010, such ideas were presented in Castellammare di Stabia International Workshop “Restoring Ancient Stabiae” by a number of scholars from seven Schools of Architecture of both USA and Italian Universities (Maryland UMD, Miami, Oregon, Cornell Univ.; Napoli Federico II, Bari Politecnico, Roma-Sapienza). The main aim of the workshop was to allow actual team working for designing urban requalification and projects of touristic and cultural development, as well as to stimulate debate between local administrators and experts of urban studies, landscape and archaeology. The results achieved by combination of these objectives paved the way for an ambitious goal, that is presenting a realistic scenario of sustainable development based on recovering and exploitation of archeological sites. ANTONIO FRANCO MARINIELLO (1948) is Architect and Full Professor of Architectural and Urban Design at the Departement of Architecture - University of Naples Federico II, Research Director at L.U.P.T. and past member of the PhD board Architectural Composition at the same Faculty of Architecture. He is autor of many works in Architectural Theory and Criticism; furthermore he has published: Questioni di Forma (Napoli 1985), Variazioni-13 esperimenti di Composizione (Napoli 1996), Pre.Testi - sussidiario di Composizione (Napoli 2005).